Bacolor, Rising from the Ashes

20 years ago, lahar, [a mudflow with the density of concrete – fluid when moving, solid when settled] overflowed  towards Bacolor. Aside from the terrible lost of lives, another casualty of that catastrophic disaster was “old Bacolor”.  At that time, is said to have the most number of Spanish Philippine era houses in the province.

Unlike other “old” towns that lost most of its ancestral houses because of changing fortunes and devastating wars — pre-Pinatubo Bacolor retained almost all its ancestral houses. This is attributed to the locals strong feeling towards ancestral achievement and cultural uniqueness – Pampango’s are known to equate this to nationalism.

There were only eight towns in Spanish Philippines that had been elevated to “villa” — La Villa de Bacolor is among them. Spanish Villas “are centers for regional consolidation as well as, when linked together, the general dissemination of Spanish rule, commerce and culture in the archipelago”. Dr. Luciano Santiago continues, ” Spanish territorial classification as well as an institution… little known in the Philippines, even among historians, because it was sparsely granted in these parts during the Colonial Period”.

The proud Bacoloreño’s immediately started to rebuild their town even after the government declared the area around Pinatubo safe.They’re a hardy bunch these Pampangos. I remember very well how the town looked like, a virtual ghost town a few months after the overflow. Today, everything seem to look fine. Life indeed has moved on for Bacolor.

Simon de Anda transferred the capital from Manila to Bacolor when the Brits invaded the country. A strategic withdrawal that gave the Brits all sorts of trouble.  The British lost several key battles including one that had the Sepoy’s scampering for safety in Morong. These Sepoy’s are the ancestors of the dark skinned, Indian looking Filipinos in the parts of Cainta.

In the Church of Bacolor, de Anda planned his battle strategies. The authorities of Manila had given up the city to prevent further destruction but De Anda refused to accept and give up without a fight. He declared those who allowed British freehand in Manila “dead in the eyes of God”. This stubborn resilience in the face of adversity inspired his nation: Tagalogs, Pampango, Spaniards and Frailes fought for the sovereignty of the territorial colony – De Anda’s army was committed to fight until the bitter end.

After hostilities ended between Spain and Britain, Manila was handed back to de Anda in a ceremony held in the plaza near the church of Santa Cruz. The Brits had looted all they could in the short time that they were in Manila. Even the tombs of Legazpi and his pioneering crew in San Agustin was not spared. If it were not for De Anda’s presence of mind [who secretly sent the colony’s treasures to Majayjay for safety] the treasures of Manila would have been added to the British spoils.

My recent visit coincided with a school tour from some universities in Manila. I heard from these students that the church was where scenes from Santino telenovela of ABS CBN was taken. Aside from that, I hope they leave Bacoor with a sense of its rich history.

The church has been a benefactor of the richest Pampango families and gifted artisans. The historian Benjamin Layug describes the church dedicated to La Naval [credited for gifting the Filipinos victory over the Dutch and now, with De Anda, against the Brits!]:

“Its central nave has a well lighted transept with windows. The main retablo, side retablos and pulpit are gilded with gold leaf. The richly-designed Baroque facade has square Ionic columns with vertical flutings and ornamented capitals terminating up to the cornice mounding. The semicircular arched main entrance has a smaller semicircular window directly above it, all profusely and intricately ornamented. The upper part of the facade has square molding, scrolls and volutes and a tempietto at the top resing above the stringcourse of the blind arch. Its four storey hexagonal bell tower on the left has semicircular arched opening and is topped by a domical roof topped by a tempieto.”

Of course, much has changed since 1991 but what I find  amazing is that even when the church lie half buried in sand and earth – it never occurred to Bacoloreños to abandon it. Instead, they made use of what’s left. This is testament to how patient and strong these people are, to be able to move on with their lives without leaving their beloved home town.

The humble museum on the right side of the old church reminds its people: 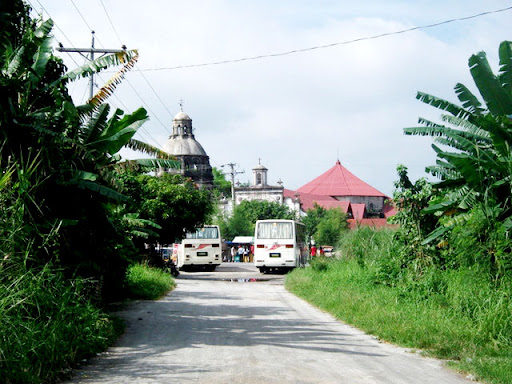 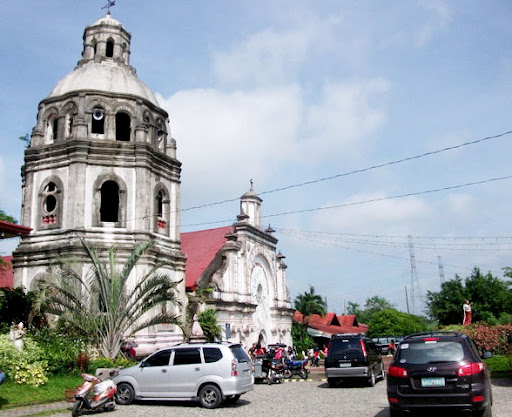 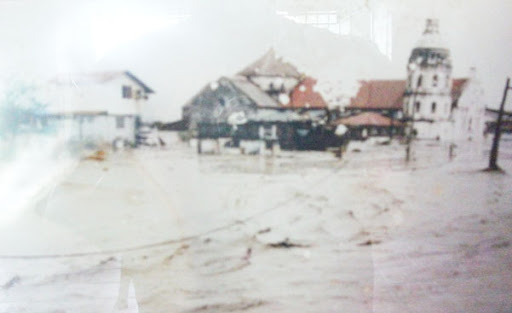 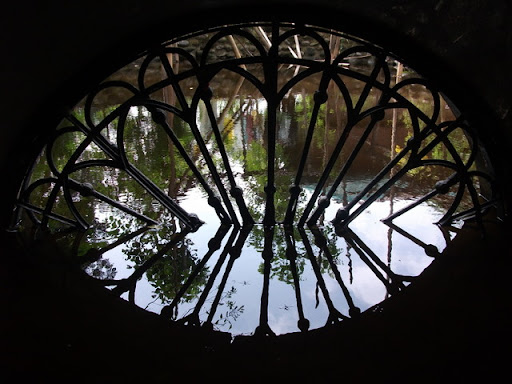 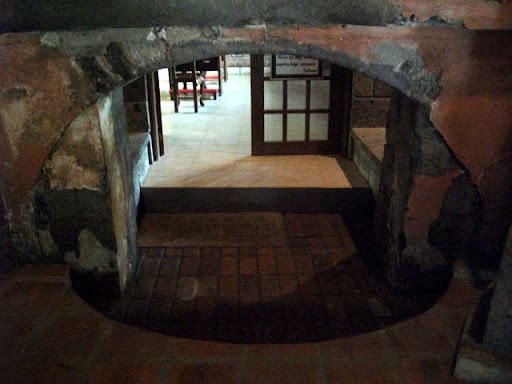 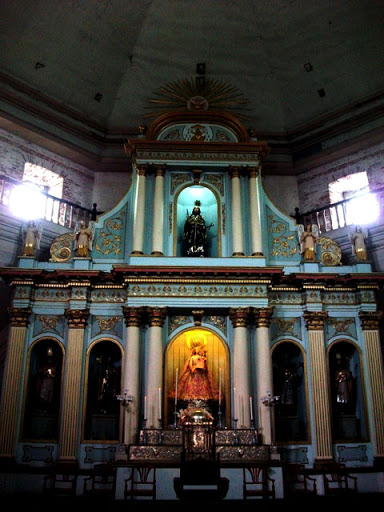 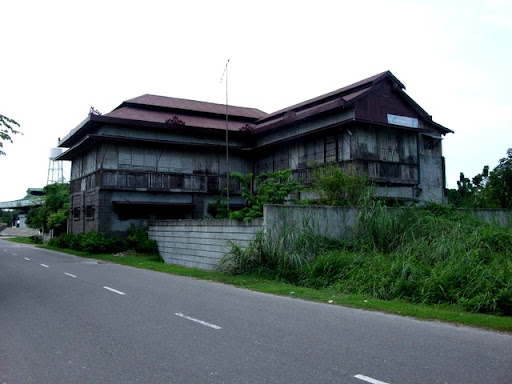 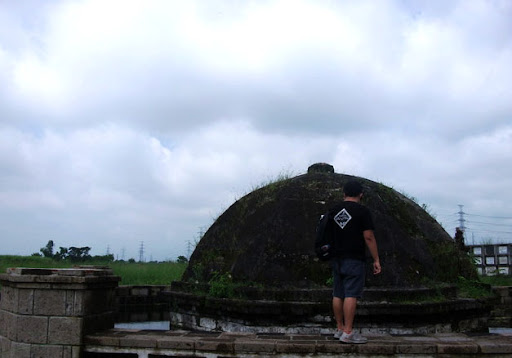 My mama is from this town. Never had the chance to visit Bacolor while she was still alive. I hope one day I can. – TPG from Portugal

[…] eight years ago, I visited the Church of Bacolor. Interest in it has grown because of a local telenovela. The church was prcatically their set. […]

Fr. Jose Arcilla SJ on the importance of Spanish in studying Philippine history