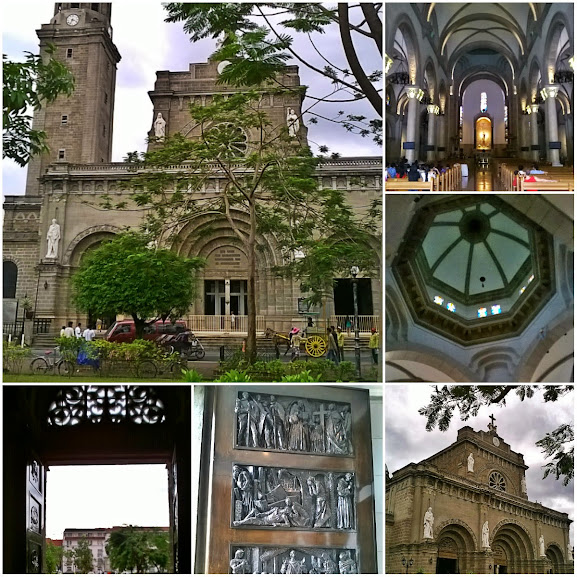 Just before I left Manila last Wednesday I decided to drop by the Manila Cathedral to check on recent repairs and renovations, and, I heard, some interesting additions. This picked my curiosity, for what else could be added to the cathedral — at the back of my mind I was thinking of those foolish parish priests who take liberties decorating and modifying their century old-churches as if it were their own house! So I was hoping nothing really stupid was done to desecrate what was once the center of Catholic Asia.

To my relief, nothing really changed but the entire church has been somewhat refurbished. I read that there was a need to make some structural works on its foundation, so this was something that was necessary in order to keep it safe. The church spent 70 million (huge sum from donations) to make structural retrofits, fix plumbing and electrical installations. They also chemically treated certain areas susceptible to molds. Most of the interiors are now in marble which makes it more like a palace.

We have to remember that this is a mid 1900’s church (and not the original), which makes it relatively young compared to its Spanish missionary built churches, which, ironically are far sturdier and resistant to tropical conditions and the occasional tremors.

I have never seen so many tourist in my life visiting the cathedral. This was the first time that I saw a tourist in every corner of the church. There were even Koreans taking selfies making funny faces a few meters from the altar, which, I suppose they have very little regard to as they’re not Catholics. The pedicab drivers and the calesas are making a killing with these renaissance of Intramuros. Seeing all these makes me feel good about the future.

The Cathedral has this new feel to it. Everything’s spanking new, clean, polished to the utmost brightness! This is all too strange because I’m used to seeing antiqueish Spanish era churches. Minus the cathedral’s design, which was wonderfully preserved, It has been fully pimped, and now better than ever! (ok, I should not have used that word!)