Our Leader of the Band… 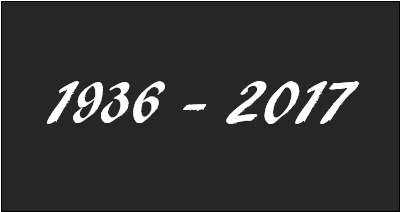 Last April, before I left for Singapore my father told me in jest that what’s left of his time he considers “bonus”. He’s too fatalistic at times. Turns out, he said the same to my wife. He was all smiles the last day we were with him. He kissed, hugged and carried my son.

Papa passed away in his sleep last August 17, a week away from his 81st birthday. My brother (his junior) and mother was with him.

Knowing him, I kept this post as short as possible. I left out details but I wanted to share a few things about him (I had to write about you here Paps, sorry!).

Papa’s a reserved person. Not shy but he dislikes attention. He’s the kinda guy that leaves the house without saying goodbye. Comes home without announcing it.

We love his unique sarcastic sense of humor. Something that I think all his children inherited. He always have a smile on—this I miss everyday.

Papa’s family was almost wiped out during WWII. But the experience had an inverse effect—it made him tough as nails. Nothing rattles him. I never saw him tear up, get anxious or down.

I remember when we (along with a number of families) were evicted from our homes in Makati. Everybody was angry and panicked. But not him. He was serious and composed—a picture of stoicism.

I know simple is a common description most children use to characterize their parents. Papa’s a notch higher than normal simple.

I had to trick him so I could get him to a mall. I’d ask him to bring his senior ID so we can use the express lane to pay our bills. Then before heading home I’d treat him with his favorite Chowking siopao or halu-halo.

Papa never developed a taste for fanciful leisure. He derives delight from the simplest of things. He’s happier with coffee, teas and biscuits for gifts; buy him an expensive watch and he’d scoff at it. We complain shirts we bought are left unused. Nanay ends up giving them away.

On weekends, he enjoys sabong. We encourage him to get active—we’re OK with it. After all he’s got his jeepney business and pension, it’s his money and cockfighting is in his DNA—he’s an old timer Negrense—it’s sports to them.

Papa’s consistent in everything he does. It’s hard to make him do something because he’s by nature a skeptic but once he commits, he gets it done.

I pleaded to him once for a small pigeon cage. He objected at first. But I insisted and he built me one. It was literally as big as a chicken coop!

I think at times he says no to lower your expectations, but he intends to do it and surprise you.

When he was in Saudi in the 80’s, my mother said that I asked him for the biggest robot toy for Christmas. I can’t remember making that request but I recall having that grey weird looking robot. It had a cool remote control base and a body that can be inflated to human size.

Once I asked him that we to go to a beach. My friend’s families had gone swimming somewhere north. It was lent and I thought that’s what people do.

He agreed and took me for a dip—in Manila bay!

I remember the cuts and blisters I got from the sharp shells embedded on the rocks. We never said a word of this mini excursion to Nanay.

In my brief eulogy I shared the story below:

He used to assist Nanay to the market and help her carry foodstuffs. As years past, he tires easily and could only chaperon her up to the market steps.

His health took a dive around four years ago, but still like clock work, he wakes up at dawn to accompany Nanay where she takes the jeep. Approximately a 300-400 meter walk to-and-fro.

The last two years walking really became an issue. I see him force himself up to escort Nanay to the tricycle queue—two blocks from our home.

Then came the time that he could barely walk. His steps were slow and labored. He refused using cane. He could only manage to accompany Nanay up to our gate at this point.

About three months after our visit he started having problems standing up. I was told he insisted but fell several times. He probably couldn’t believe he’s ambulant no more—for the first time in his life he was forced to stay in bed.

Nanay said that even when he was bedridden, he wakes up to see her leave. Must be a force of habit I thought. But no, that’s how he expresses his love, never in words, but in his actions.

He lived a great life bro. These small things we see from our Fathers hone us to be better men. Life’s completely different now, it will be too hard to be even at par.

That’s true. We are their legacies.