Automatic writing and the Ninoy story 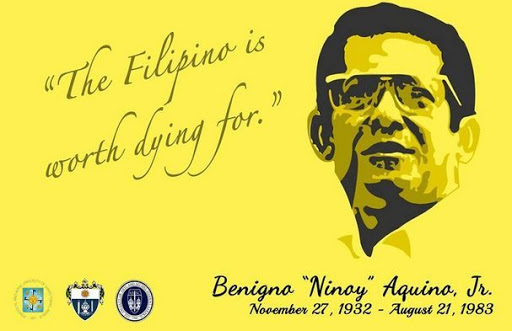 I saw this interesting UK TV show that featured the Glastonbury Abbey ruins and what excavations in the early 1900’s revealed. The archaeological information were provided by one Frederick Bligh Bond, who claims that everything he knew about the site came from spirits—through automatic writing.

In the 80’s there was this popular story involving an automatic writing psychic who claims that he received messages from the late Senator Ninoy Aquino.

The psychic was with paranormal writer and researcher Jaime Licauco (Jimmy, to his close friends, is a direct descendant of the pioneering 19th century Filipino painter, Damian Domingo).

The story goes that Licauco was consulting with the psychic when someone who introduced himself as Ninoy Aquino joined their session.

The first message were words of encouragement for his “sweetheart” Cory to “keep it up.” This was followed by messages for the Filipino people, Marcos, his Wife and Ken.

The message to Ken Kashiwara, veteran ABC correspondent (married to Ninoy’s sister Lupita) would give weight to the claim that it was Ninoy.

The words referred to a conversation the two had before leaving Taipei for Manila.

“Ken, I’m awfully sorry, we should have tried the “handcuff” trick…”

Licauco said no one in the room knows Ninoy personally or had any connections with him.

In 1988, Ken Kashiwara wrote an article in the Philippine Panorama entitled, “You’re Right, The Filipino is Worth Dying For.” In it he addressed his late brother-in-law, “Should we have handcuffed ourselves together as we joked that morning in Taipei?”

Doña Aurora, Ninoy’s mother, addressing questions about the automatic writing said, “We don’t know how God works, I cannot really say if it was Ninoy who sent that message, but it included certain things which were only known to Ninoy and other members of our family, so who knows.”