That grouper was not named after Lapu-Lapu!

When I heard a relative telling his friends that the fish Lapu-Lapu was named after Lapu-Lapu, the Mactán chieftain who furiously defended his turf against Fernando Magallanes (popularly known as Ferdinand Magellan), I thought of correcting him. But then again, I didn’t want to embarrass him.

As early as grade school, I learned from school that the carroty grouper fish Lapu-Lapu was named after the shadowy hero. In college, I heard a different twist from the story. Someone told me that it was the hero that was named after the fish. Some historical accounts list his real name as Cali Pulaco (Salip Pulaka).

I normally don’t pay attention whenever I hear someone repeat trivial historical inaccuracies, like the origin of town names, for instance. These tales abound with folklore which are often recognized as historical truth. Filipinos like reciting stories that have no historical basis. These persist maybe because they really are as entertaining as they are amusing. 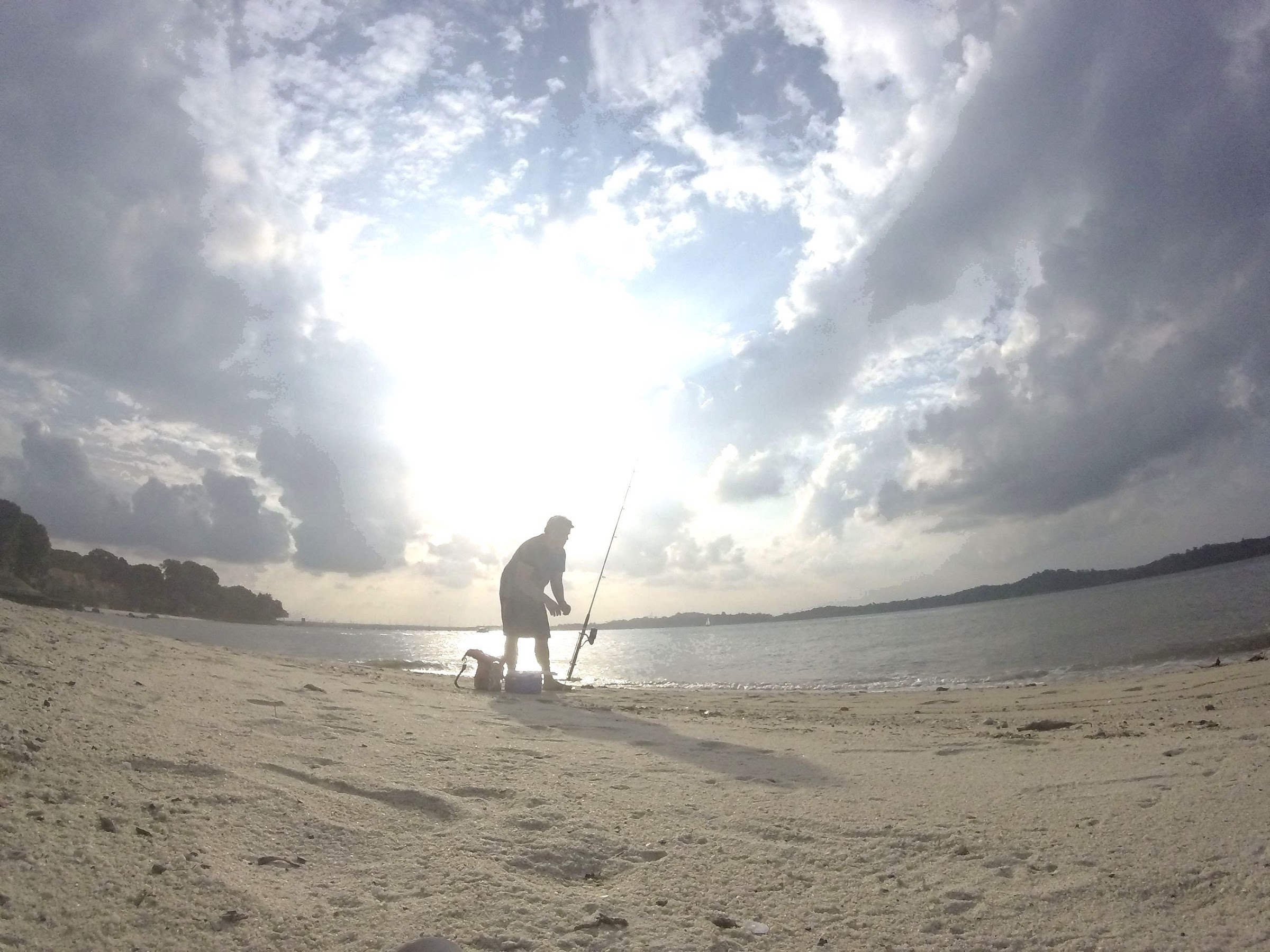 Setting my hooks for an afternoon fishing session

I took up fishing last year. In this part of the world, Malays are the most passionate anglers. Fazmi, a Malay friend, told me that this  has something to do with their ancestors living in fishing villages or communities.

One of the most prized catch in shore fishing are groupers. They taste good and are quite rare. So rare that for more than a year of fishing I haven’t even caught one.

In one of my fishing sessions, I encountered the word “kerapu”. Curious, I asked a group of fishermen what kind of fish it was. One of the guys, thinking I was Chinese, answered “ang gau”. I took note of these names and researched about them when I got home.

Kerapu is the Malay’s common name for the grouper fish. Skilled fishermen would know the type of grouper just by looking at its color and spots.

Our Lapu-Lapu is a kerapu. Ang Bau is the Hokkien name of the kerapu fish. I realized that there’s no truth to the claim that it was named after Lapu-Lapu the hero.

But why did kerapu became Lapu-Lapu?

Loanwords evolve —or are corrupted, if you may— as time passes. “Bagas” is milkfish in Malay; we call ours “bañgús”. A common anchovy is called “bilis” here, which sounds like our favorite anchovy “dilis”. “Banac” (mullet) to us is “belanak” to them. Common sardine is “tamban” here; we call ours the same. These are just some of the words that I encountered along the shores which rang a bell. I’m sure there are more because we share a common ancestor.

I hope that relative of mine gets to read this and stop telling the fish was named after Lapu-Lapu.