Lyrics of the Japanese song about Muntinlupa (montenrupano yowa fukete)

While writing the blog The Japanese Song About Muntinlupa I enlisted the help of Japanese YouTube users (commenters on Hamako Watanabe’s songs). I asked for the song’s lyrics to be translated to rōmaji (Roman letters) since none was available online.

A user that goes by the name Makoto, responded and provided the lyrics below:

(Late in the evening of Muntinlupa)

Makoto added, “This was sung in 1952 by professional singers back in Japan and became a big hit…”

I noticed that his title is, “Late in the evening in Muntinlupa,” different from “The Night Goes on in Muntinlupa” which I took from a Japanese news report. The book, “Japanese War Criminals: the Politics of Justice After the Second World war,” on the other hand, list it as “It’s getting late in Muntinlupa”.

I decided to skip making an English translation. Those who wish to understand the song can use online translators (i.e., Google). It’s not going to be that accurate but you get the key words and that helps. 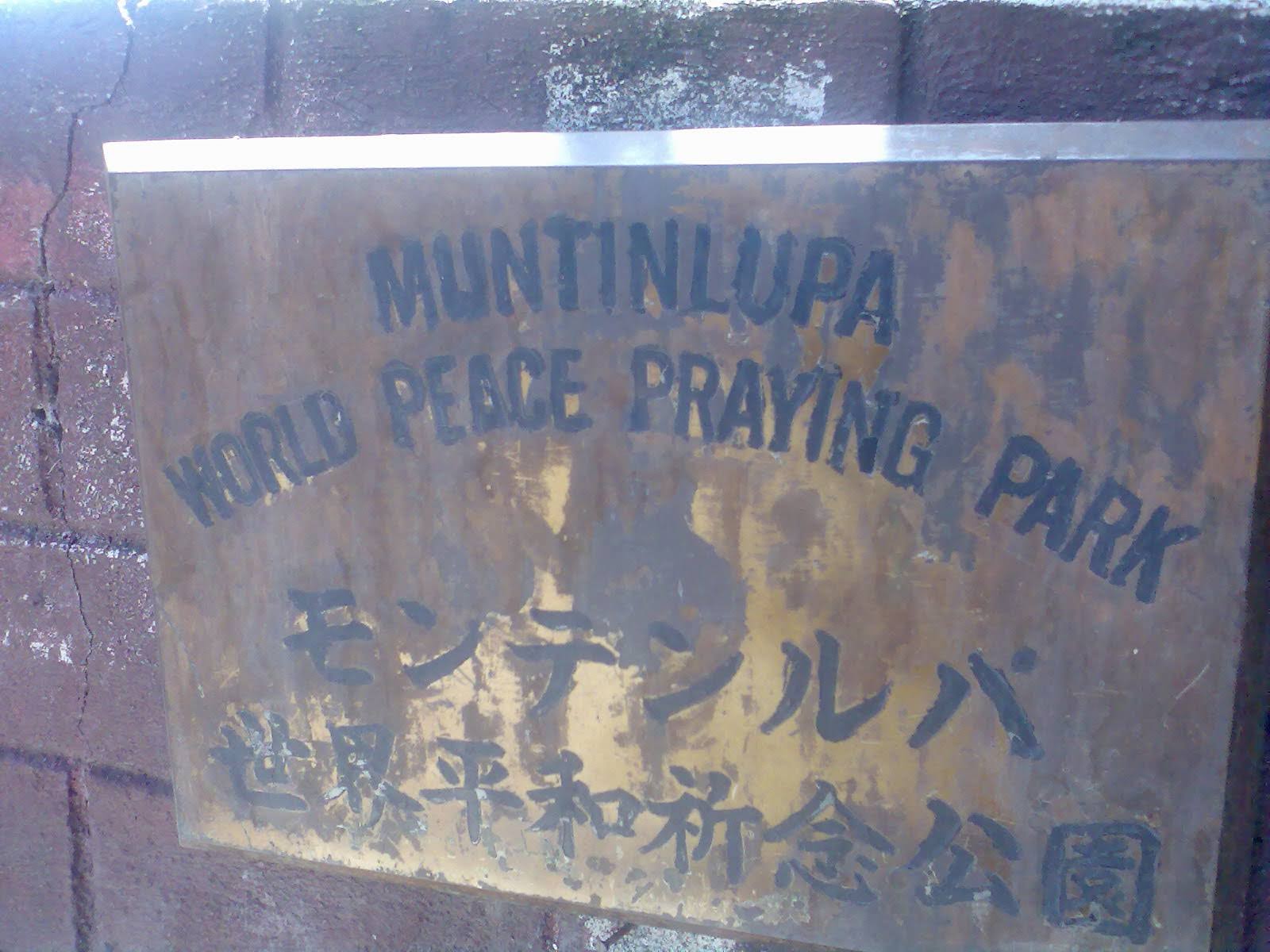 One of the markers dedicated by the Japanese in Muntinlupa

Not everything went back to normal after the Japanese capitulated. There were still Japanese prisoners (in New Bilibid). What do you do with them? This took years before it got resolved.

Those who weren’t executed, were repatriated (after the San Francisco Treaty).

Muntinlupa now was then a sleepy rural town with dirt roads and scattered nipa huts. The town center has impressive American colonial wooden houses, some with thatch roofing (some are still standing to this day).

Songs like “Muntinlupa” are important accounts of our distant past.

Penned by Japanese prisoners, it reminds us of the consequences of war.

It’s a special song but a sad one.