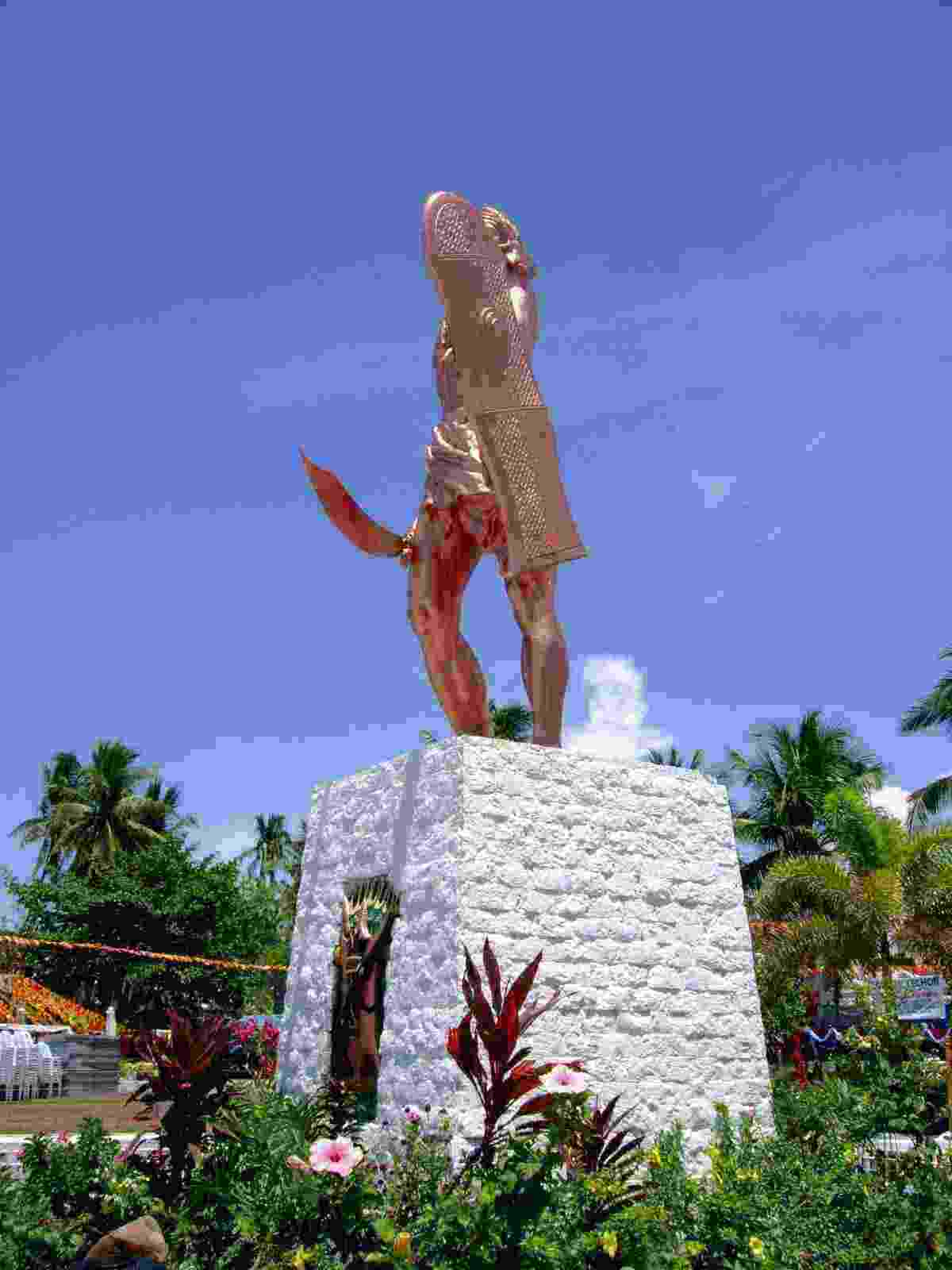 Magellan’s a hero too?

Growing up, Magallanes’ a place where we took buses going to Alabang. In grade school, I remember a cardboard illustration in a wall depicting Magellan and Lapu-Lapu fighting while in knee-deep seawater. We all know how that ended.

When I started reading local history books, the Portuguese explorer was always depicted as a bearded white villain, violent and greedy, who met his death in the Battle of Mactan.

In High School, I read about NASA’s “Magellan Spacecraft,” the first interplanetary mission.

For those not familiar, its objective was to probe the planet Venus. It orbited and mapped almost the entire planet at a resolution of 100 meters!

But like Magellan, it died where it made its discoveries, it went on to a final orbit to take gravitational readings until it got vaporized!

I was curious as to why would the Americans name an important mission after Magellan?

The answer came many years later. The author Laurence Bergreen* wrote, “during the time I spent in NASA’s scientists and engineers observing how they designed and operated missions to Mars, I occasionally heard references to Magellan… When I asked how they made the connection across the centuries between a robotic spacecraft and the all-too-human voyager, they explained that Magellan, like a few other figures of his age, pursued “intelligent exploration,” meaning he set out with a specific purpose.”

By the time I was in college, I was deep into Philippine history. We had a small library in Perpetual Help College but it had a good collection of history books. First book I read from cover to cover there, “The Good Fight” by President Manuel L. Quezón. There I stumbled on another old title, “The Voyage of Magellan,” a translated journal of Pigafetta. It read like a fantasy book written in some alternate world!

The expedition relied heavily on what Magellan learned from Portuguese navigators. Unverified information that there’s a passage at the end of a continent. The unknown was that nobody knows really if such a route exists.

“Magellan and his men often didn’t understand what they experienced, When he began the voyage, he had no idea of the extent of the Pacific Ocean, nor did he know where the strait could be found until he stumbled across it. And that is one definition of discovery: finding something you didn’t know existed.”

When I was assigned in Cebu a few years ago, one of the first things I did was visit Mactan. The Spanish era monument erected to honor Magellan is still there, opposite Lapu-Lapu’s Adonis-like metal statue.

There was a Magellan monument that was erected in the mid-1800’s in the northern part of Intramuros. When the Americans started developing the area they transferred it near Aduana. Interesting is that Americans recognized its importance. Again, those guys I think values his legacy more than us.

In 1945, during Manila’s liberation, Monumento de Magallanes took a direct bomb hit. We never rebuilt it.

Back in Cebu, there’s a memorial site where Magellan planted a cross to symbolize that he was claiming the islands for Christ and the Spanish King. Magellan’s cross is located near the Santo Niño Basilica where his Child Jesus gift to the island’s chief was enshrined.

Magellan’s cross in Cebu marked a single, historic event that changed the destiny of our islands and its inhabitants.

A Malaysian colleague, who’s into the history of Islam in the region, told me that if it were not for the European intervention, South East Asia would be completely Muslim.

This is what Duterte was referring to when he said “we are not Spanish”. What he and nativists historians suggests is that had it not been for Magellan and Spain, we would have stayed the same.

But what things have stayed the same for hundreds of years?

We have to remind ourselves that we are history’s children. We are who we are because of our ancestors’ response to the changes and challenges of their time.

“As a Filipino, I have—-and should have—an “awesome” memory not only of the previous century but of all the Philippine past. That’s what is meant by the Latin word “piety”. That is what’s really meant by another Latin word for patriotism. Because a nation is its entire past. But certain “nationalists” claim that our past is not our past. Our past is ony before Magellan and after the Motin de Cavite. I claim that what happened in between is the real Philippine history since then was created this unique culture of adobo, pan de sal, the pandango, the town fiesta, the Simbang Gabi, the terno, the barong tagalog, kundiman, haranas, the karihan and tambourine jewelry, not to mention the plow and carabao, the horse and rig, the kanto and plaza. All that is not Pinoy? Well, all that is between Magellan and Burgos.”

I can’t recommend Laurence Bergreen’s “Over the Edge of the World: Magellan’s Terrifying Circumnavigation of the Globe” enough. I’ve read other books about Magellan but this one takes the cake. The details and the work he put on this book is amazing. This guy does not even read Spanish! He spent God knows how many hours in Spain’s libraries and had to translate texts written in old Spanish word for word. I guarantee that you won’t look at Magellan the same way after reading this one—how’s that for an endorsement?

The other book I mentioned here is Tony Joaquin’s “Nick: A Portrait of the Artist Nick Joaquin”. Such a great fella. Believe it or not, he reached out to this blogger when he started his book project, this was many, many years ago. I wish I could have been more helpful but I don’t know Nick Joaquin in person nor am I a Joaquin expert. I love the man and his body of work, I blog about him here, but that’s just about it. Tony’s book is one of the best biography in Filipiniana in recent memory. He did a fantastic job—I love it! For sure he made his Tio Nick proud. Whether you’re a Nick Joaquin fan like myself or a regular reader, the book is a must-have.

Featured photos were taken back in 2011 when I was assigned in Cebu.

I don’t think Magellan is a hero (at least not OUR hero, maybe for the Spanish – even though he wasn’t even Spanish). Yes, he was an intrepid explorer and skilled navigator – I give him that – but not hero. That said, I also agree with your friend. We would’ve become a Muslim country otherwise. Personally, I think it’s good. But that’s just me. 🙂

I think it’s historical perspective, the way I see it or understand it. I’m Catholic, so I would be biased towards the history of the Church and the transformation it brought. Not all good but there were certainly some good parts. I guess if I have the background of my Malaysian friend I would see differently, maybe with some resentment too.

Oh sorry I think you misunderstood. I mean it’s good we didn’t become a Muslim country. 😁

I read the feature on Magallanes where Enrique, his Malay slave (most likely from Malacca) was being praised for being the first to circumnavigate the globe. I find it strange that even academics would go out of their way to discredit the navigator.

That’s stupid. Was Enrique even the leader of the expedition after Magallanes’s death? Why ignore Juan Sebastián Elcano?