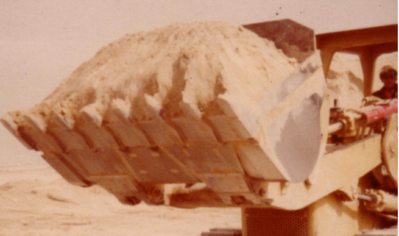 Ever since my father died I’ve been thinking about the old question, “do we survive death?”

Where do we go after the lights go out?

Are ghostly visitations a hint that there is an afterlife?

My father lost most of his immediate family members during WWII except his little sister, Aunt Norma. Their mother and a brother, Rodolfo, never made it.

Separated for many years with only aunts, uncles, and cousins helping them, they reunited in Manila. After the war, the two started rebuilding their lives.

When Aunt Norma tied the knot, big bro Papa made sure he knew the husband, Fred. And they did hit it off and became really good friends.

Uncle Fred passed away early this year. He had been bedridden for an extended period of time. Everybody that knows the man would attest to his strong work ethic. Most of what I know about him came from my Father—all praises—a great provider for his family, a kind and honest person.

Uncle and Papa were both Saudi ex-OFW. They have striking similarities: both mestizos, hard-working, devoted family guys. Both were reserved—men of few words. I would like to think that they influenced each other.

My father died two years ago. They last saw each other in 2009. I remember seeing Papa giving him words of encouragement. I suspect that the visit had an effect on him. He decided that it would be the last. We went to Cavite a few more times after 2009 but without Papa. He refused to go, we tried but he won’t budge.

But he did pay Uncle Fred one final visit.

Aunt Norma shared this story to my brother during Uncle’s wake: “A few days before Fred died, he summoned me to his bed to tell me that Manong (Papa) is standing at the gates calling him “Fred let’s go…” My Aunt reminded him this is impossible because his Manong, had already passed.

I’m sure Papa and Uncle are together up there. We love them both. Forever.