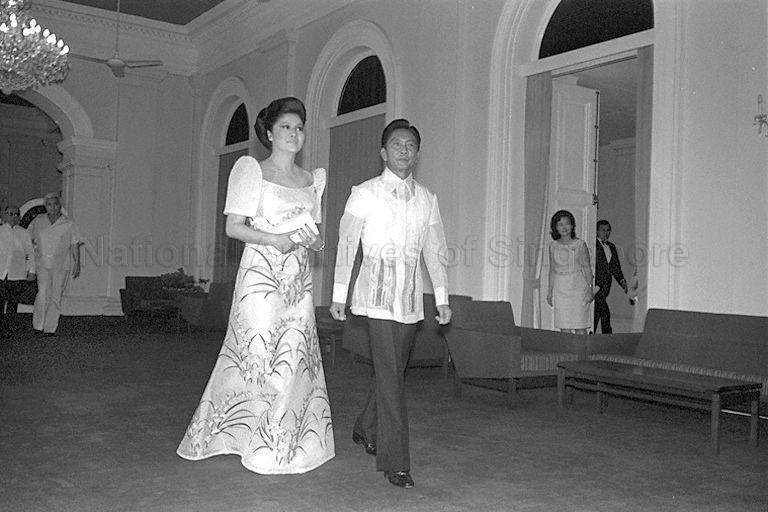 Finally made it to Istana! 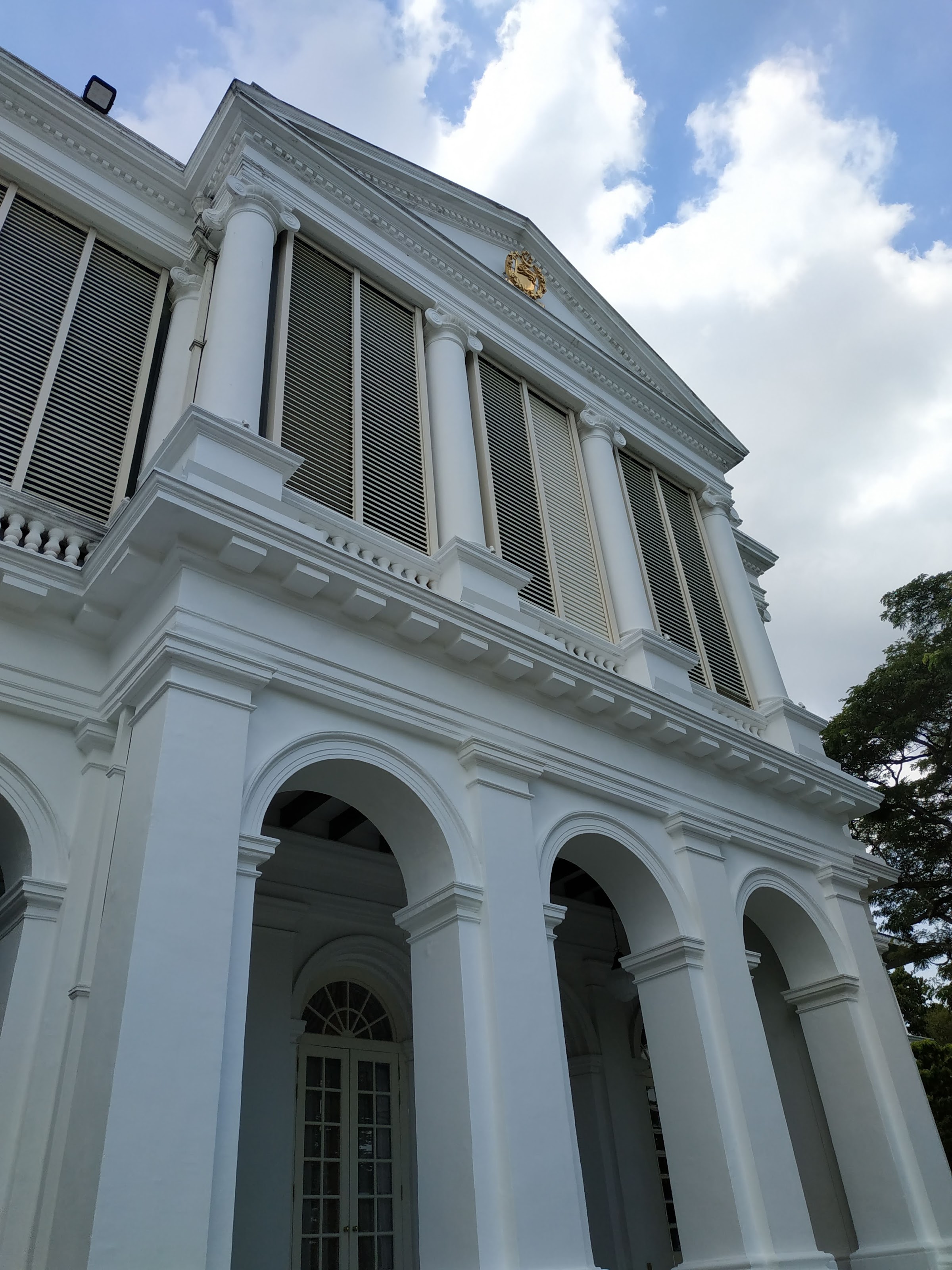 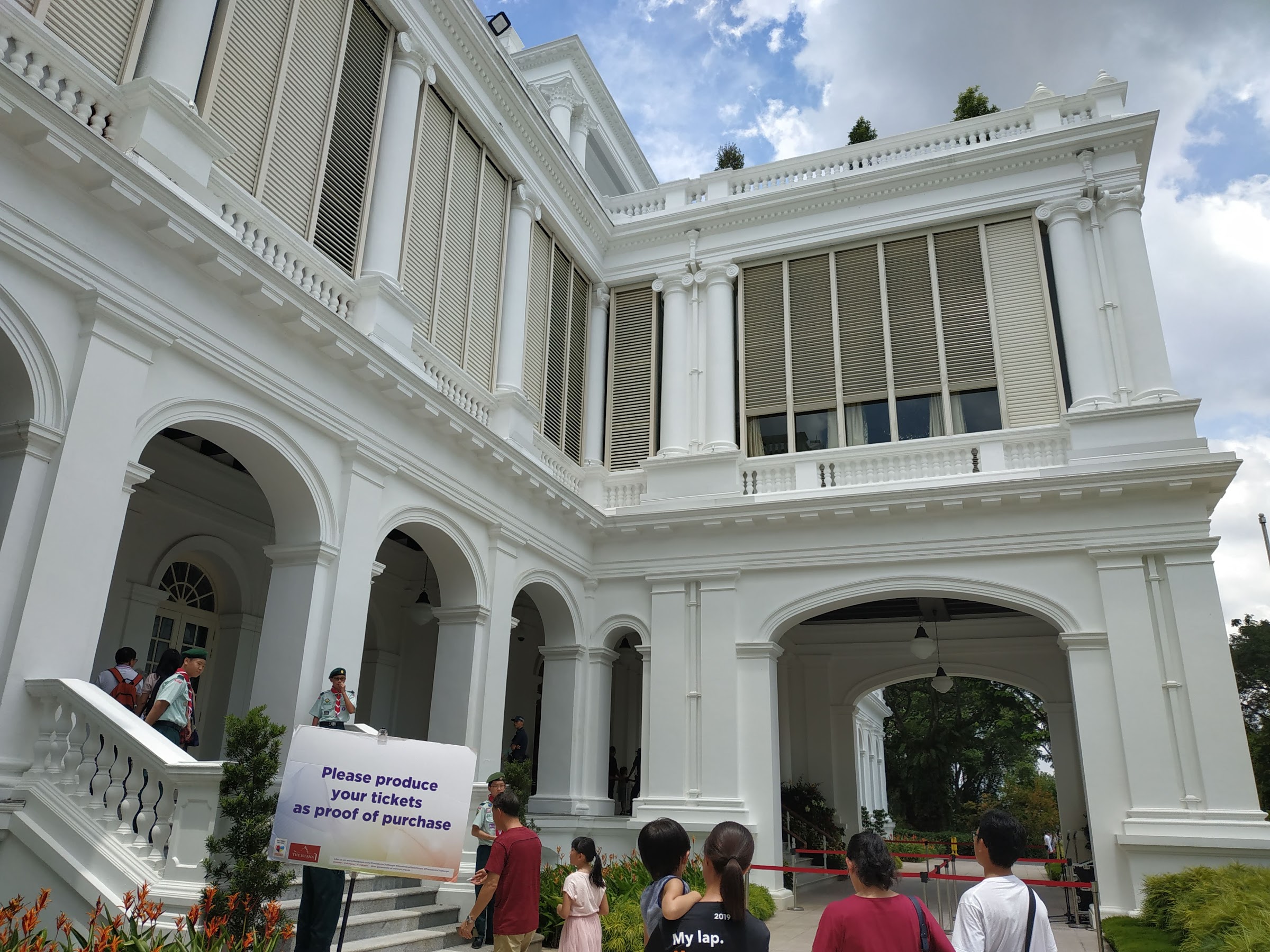 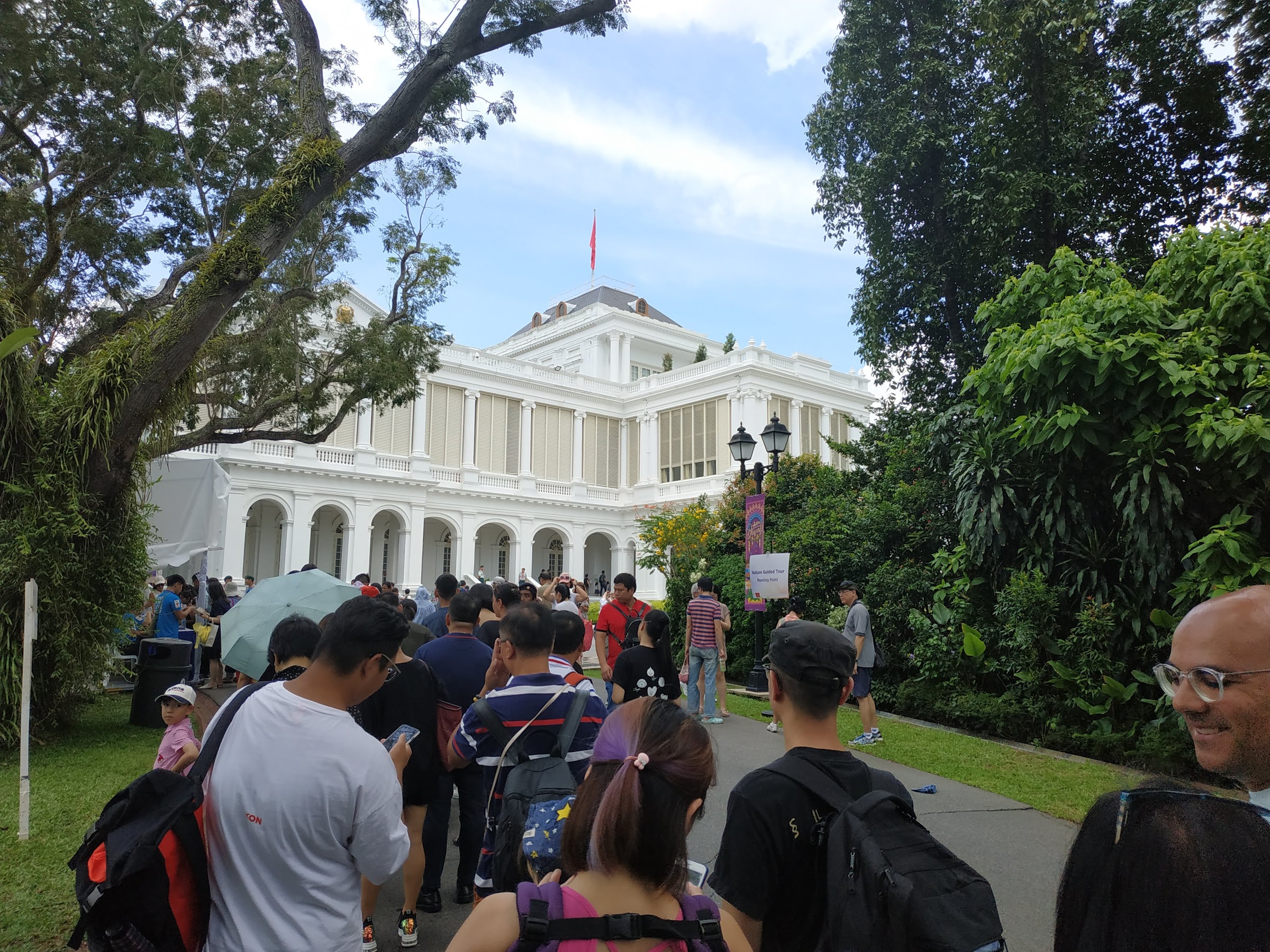 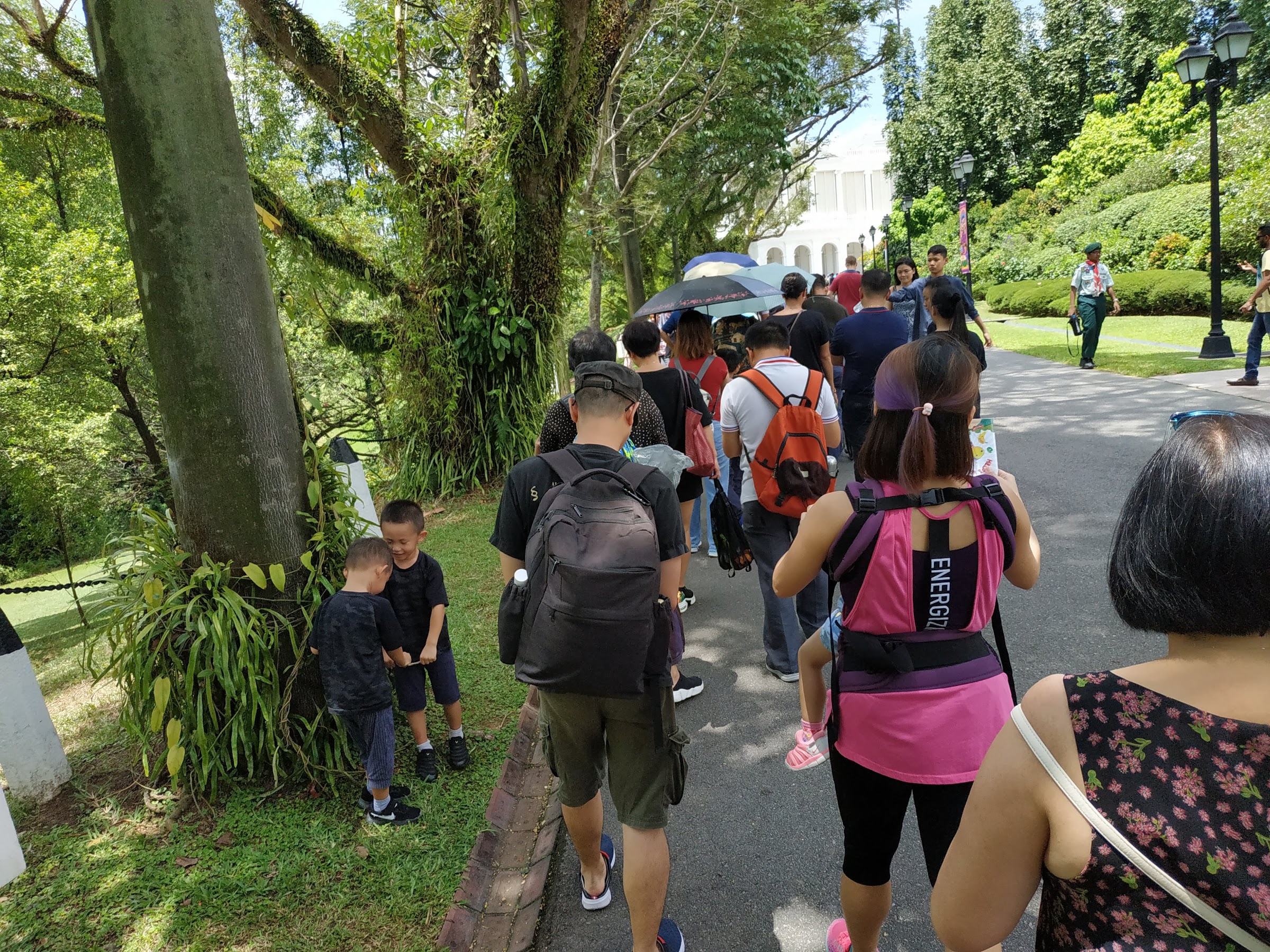 My wife and I have been making plans to visit the Istana for many years. Whenever we’re about to go something comes up, and we end up putting it off. So it was with great relief when we finally pulled it off two weeks ago! It’s only open to the public during the country’s official five holidays. We made our way during the Deepavali break. For those not familiar, Istana is Singapore’s version of a Malacañan or the White House, if you’re from that part of the world.

The Istana’s open field has a variety of old trees and is set out like a golf course. You would not notice its vast ground if you’re passing its gate along Orchard Road. In fact, you won’t see the mansion from the main road. It was the official residence of British governors in the past. The place is so nice (thanks to 19th-century Indian prisoners who built it on that hill) that when the Japanese came during WWII their commanders made it their home too. When the British handed back the state to the locals, they made it their president’s official home.

Here’s a great article on Istana’s history. The historic landmark celebrates its sesquicentennial (150th) this year. 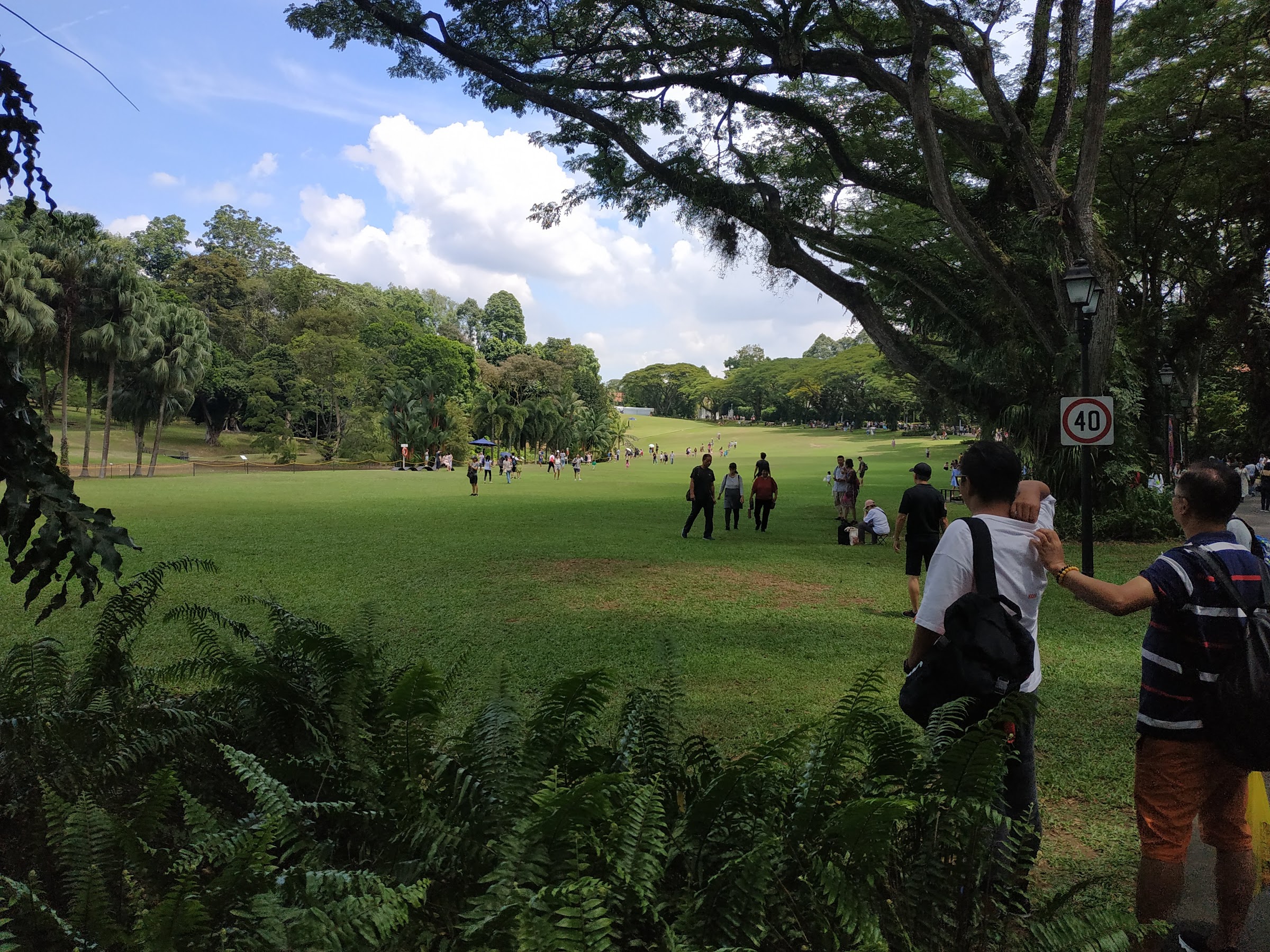 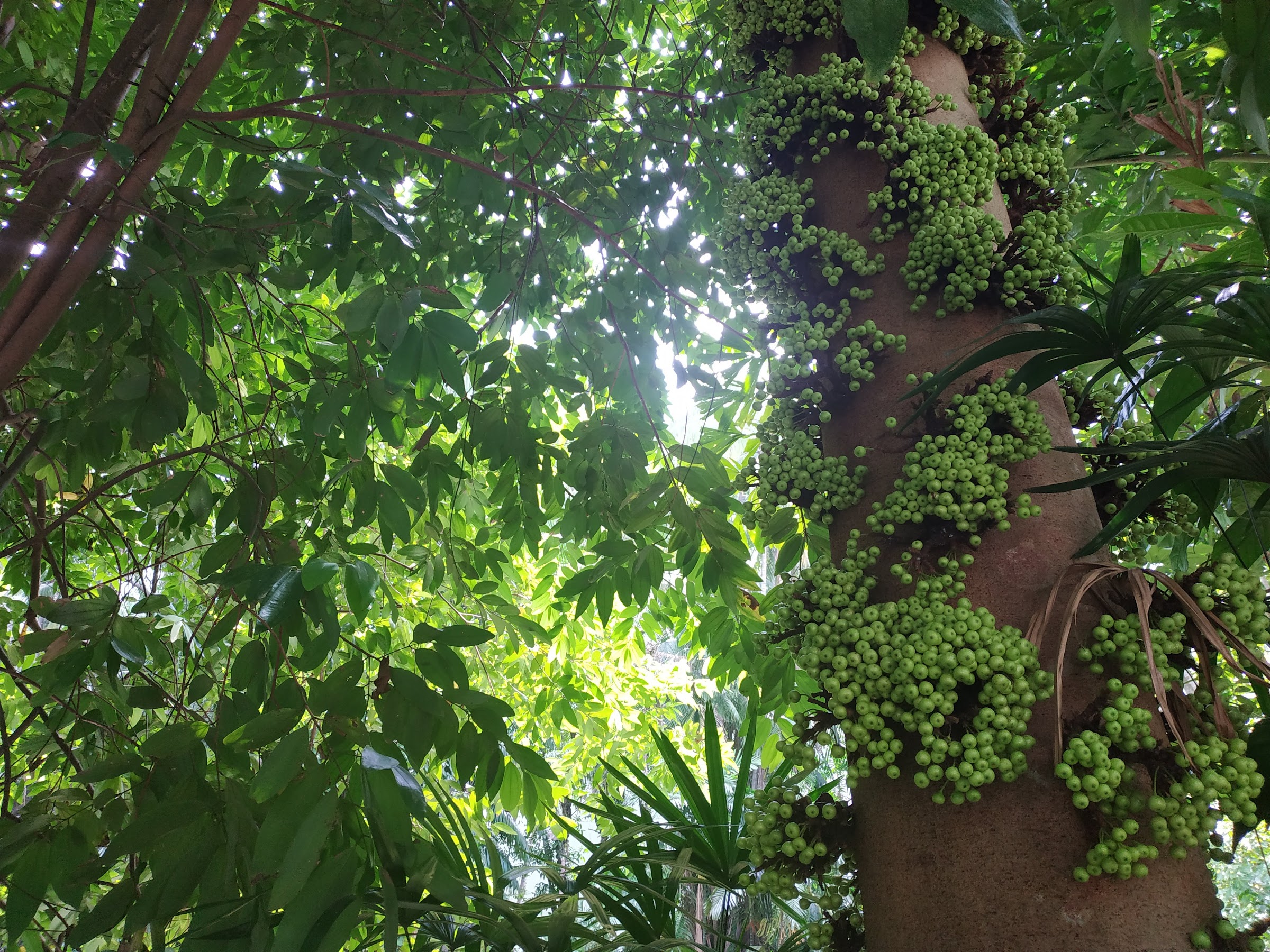 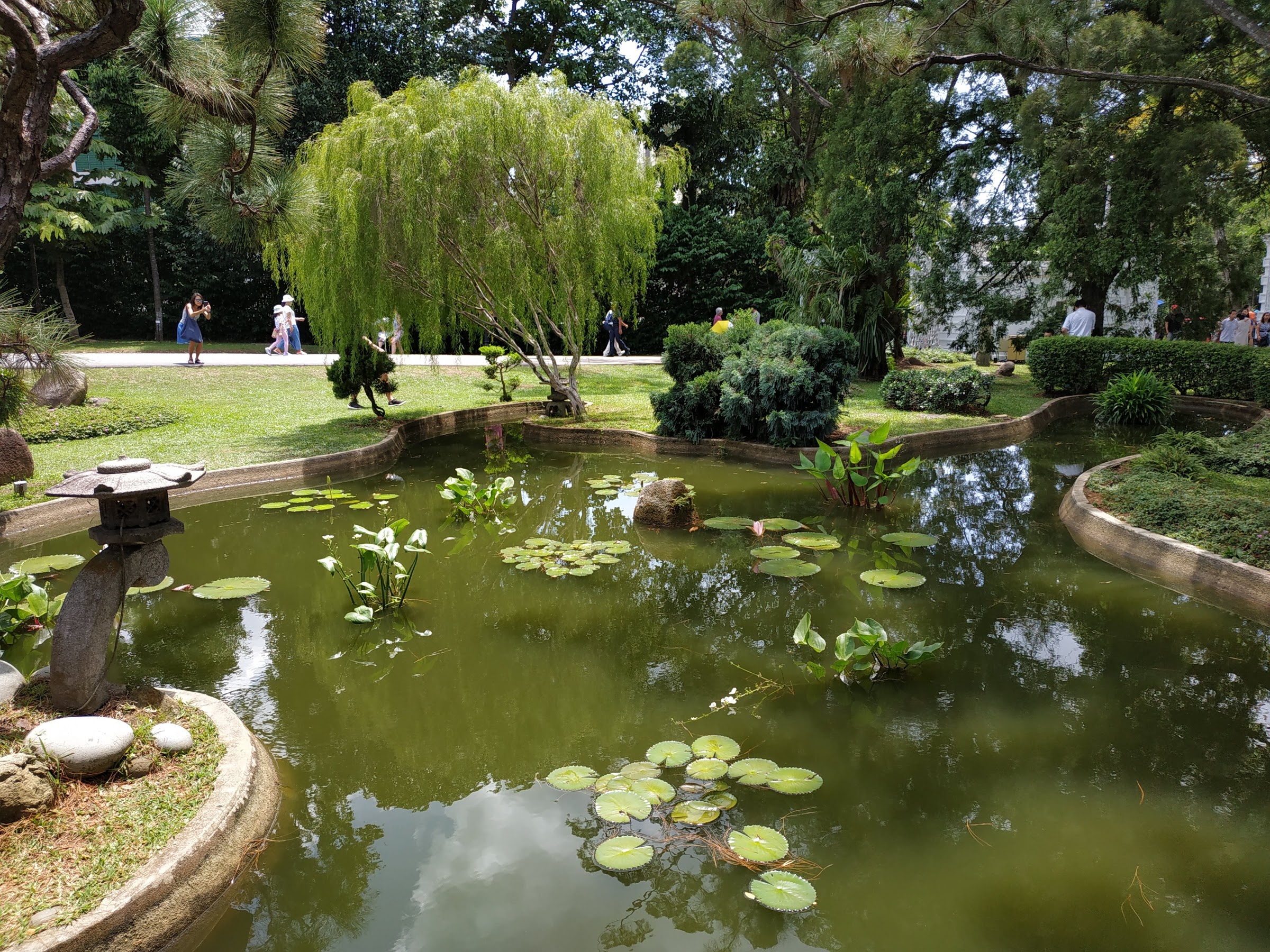 The Istana has some interesting history that touches with ours. So I thought the long line and the $2 entrance fee is worth it. I was excited to see the souvenirs brought by our presidents and ambassadors. But they were not in the exhibit. Because it’s Deepavali, the items on display were gifts and mementos from India and other middle eastern countries.

All Philippine President that served from the time Singapore became independent (1965) had been an Istana visitor. Our current President, Rodrigo Duterte, dropped by the Istana in his first year.

Of all the Philippine presidents, Marcos holds the record for most visits to the Istana. Along with Imelda, they’re also the most stylish Filipino visitors. Imelda was so Imeldific, so beautiful, of course. You look at old photos, the former first lady stand out. There must be some truth to what her husband always says, that he wins because Imelda has her way with voters. Marcos’s courtesy call photos from the Singapore National Archives can be seen here.

Lee Kuan Yew, the founding Prime Minister of Singapore and President Marcos had a great working relationship. While they had different leadership styles, I suspect they admired and followed each other’s careers. But Lee, an upright and disciplined politician, has been critical of Marcos’ government lapses and abuses during the final years of his rule. In response to the instability leading up to the EDSA people power, his popular words were, “Marcos is not the solution, he is the problem.”

Lee and Marcos made great history together, the two made ASEAN possible. While the foreign ministers of the founding members are credited for creating the SE Asian organization, US Ambassador Marshall Green, who was likely spying on the regional leaders, believes that it was the two, along with the Malaysian Tunku who made ASEAN happen. 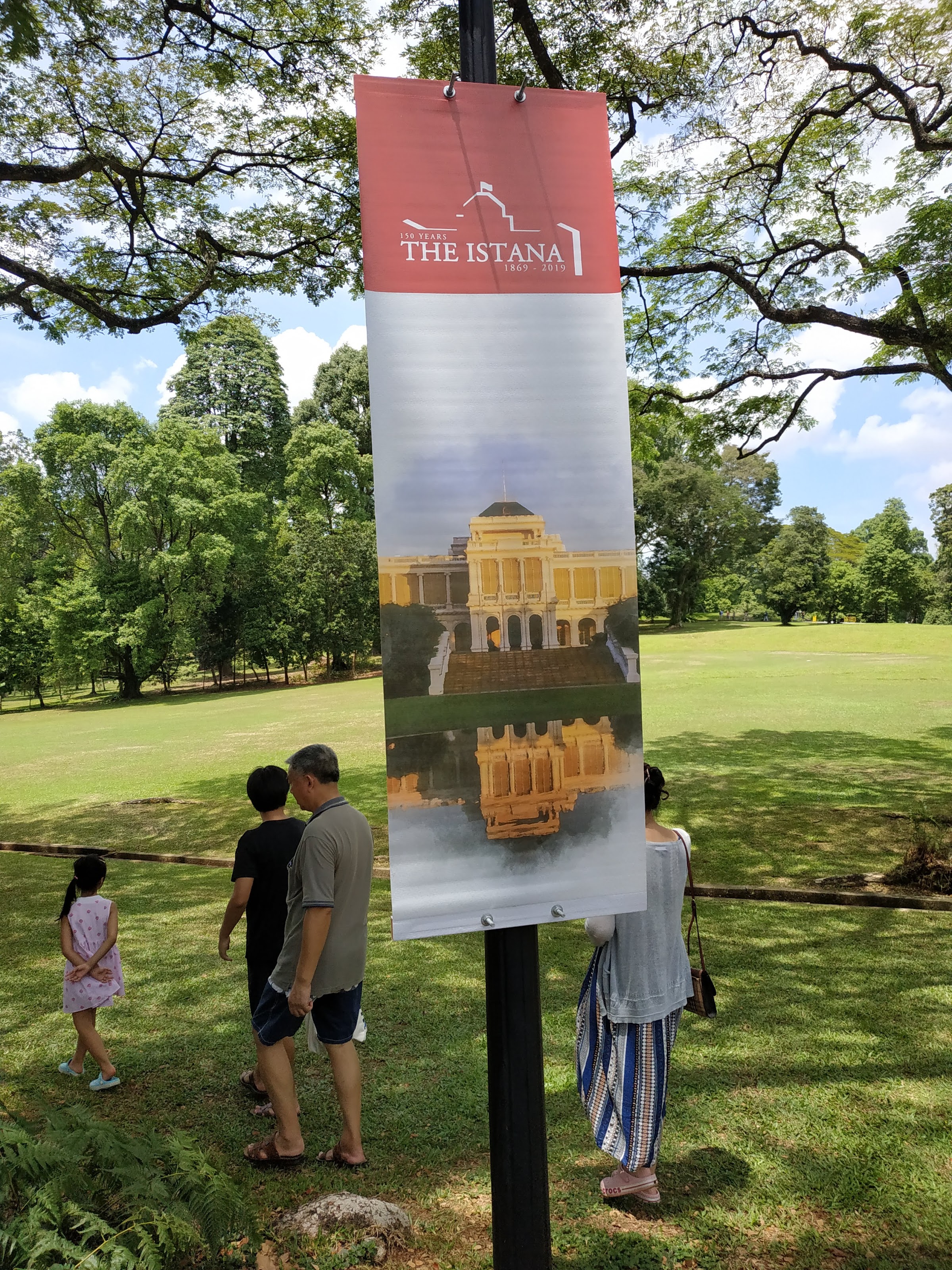 When Marcos was ousted, Lee had sent word through Singapore’s Philippine ambassador, that he can come to the island state and seek asylum. He wanted to help defuse the situation in Manila. Lee’s foreign affair minister advised him that ASEAN leaders would not agree on Marcos’ asylum. So Lee, a decisive and pragmatic leader, made the decision. But Marcos and his family took Reagan’s offer instead. Close family and allies disputes that the Marcos never agreed to be taken to Hawaii, they thought they were headed to Ilocos! If we’re to believe the claim, that means they were kidnapped!

Marcos has always been interested in how Singapore managed to succeed after the British left and after Malaysia kicked them out of the federation. There was a time when he informally tried to get the blueprint for the Sembawang, the former British naval port. He was allegedly preparing for an America-less Subic.

If only Istana’s walls and trees could talk, what secrets would it reveal about the many hours Lee and Marcos met in its grounds. If you’re keen on our region’s past, you’d want to be in that same room, somewhere in Istana.