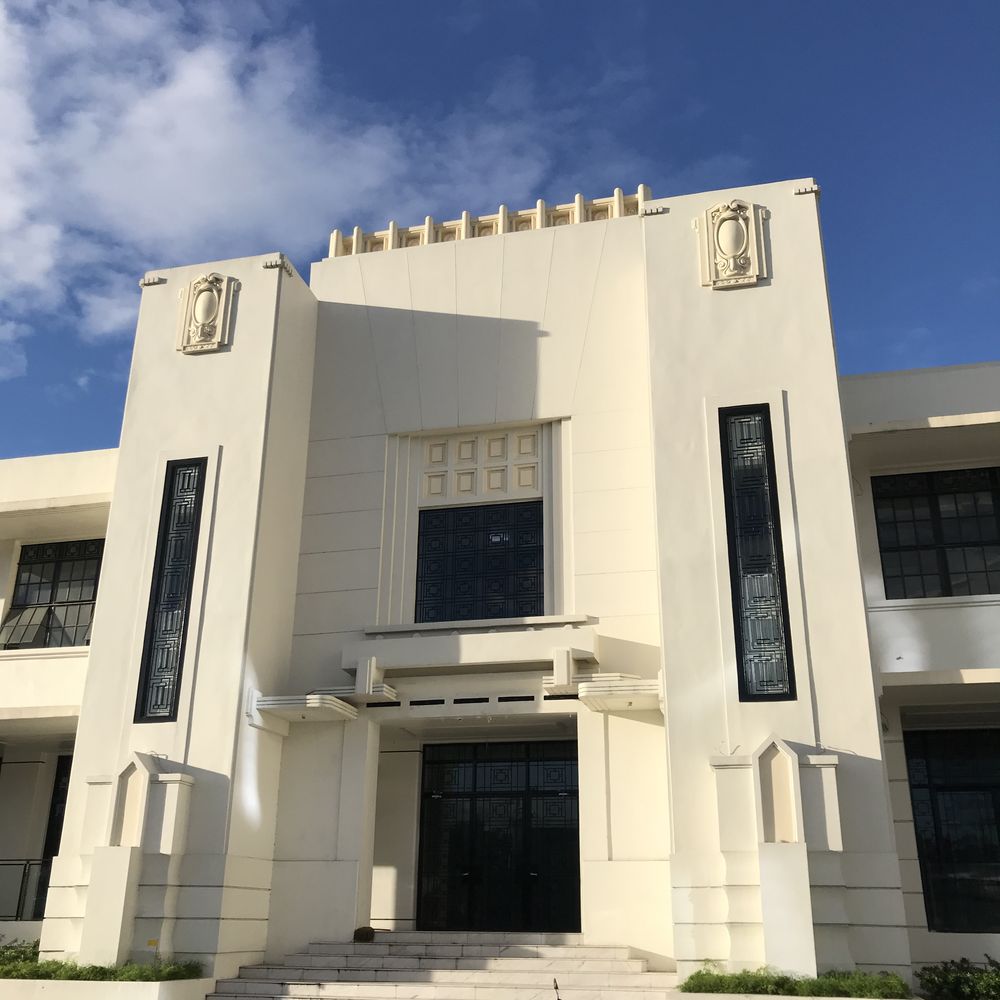 I finally get to inspect the restored Art Deco Department of Health building (the Biological Production Service constructed in 1924) in Filinvest Alabang this morning. A few years ago, many thought that it too will give way to the rapid urban development in the area. Thanks to the creative and heritage conscious minds behind Filinvest, the building was not only spared, it became an integral part of their shopping mall complex.

The art deco building’s facade, the most important visual standpoint was entirely restored. Heritage advocates are very happy that it didn’t end up like the grand art deco SkyDome in Manila.

Old cities and towns must plan to restore its old districts to show the many strata of its past. But incorporating and making use of old structures is always a difficult task. A mayor would most likely raze an old building to the ground and build a modern structure than go through the complicated process of restoration and re-use.

Would private businesses like Filinvest, understanding the value of heritage to attract the public, do a better job in conserving our historic structures? Would the art deco DOH building survive destruction if it were under the government’s auspices?

Your guess is as good as mine.

So what’s the connection with Rizal here?

This was the description of Ms. Ross Harper Alonso of the building’s status back in 2013:

Even from a distance, the geometric forms of its steel-and-concrete façade, a hallmark of classic Philippine Art Deco, are striking and dramatic. The now damaged sculpture of a naked woman, holding a torch over her head and standing on a skull, a replica of Rizal’s “Triumph of Science Over Death,” still stands as a proud symbol of the institute despite the wild vegetation growth around it.

Now, the sculpture (popularly referred to as “scientia”) has been restored and painted, visible for all to see and appreciate.

According to a source, Filinvest plans to have shops and restaurants inside. Adaptive re-use ensures old buildings remain useful while raising historical awareness.

The original Triumph of Science over Death is housed in Rizal Shrine, Fort Santiago. And because Filinvest decided to retain not only the DOH’s old research facility but also the life-size sculpture version of “scientia,” you can now read about Filinvest Alabang and the city it belongs to, Muntinlupa, being mentioned in history related and heritage news!

Investing in our heritage always pays off, maybe the return takes time but it will eventually. And when it does, it lasts.

Restore it, and they, the people, will come!

Example of adaptive re-use, common all over EU and US.Bravo! – Alex