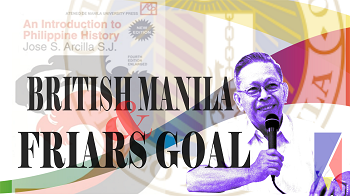 We’re told how important language is in schools. But exclusively for Tagalog (Filipino) and English. Our language-based curriculum gives no place to other local languages. In other words, it’s a “take it or leave it” choice.

I don’t remember anyone mention other Filipino languages in school. My parents speak Hiligaynon and Bisaya. So I know growing up that we have a plethora of languages that reflect our ethnic diversity.

Then there’s Spanish that many consider foreign. But history tells us otherwise. Historic milestones like the first constitution, original anthem, our finest literature—all in Spanish.

I already mentioned this story here (blog). It was a neighbor, a Filipino-American-Spanish mestiza, who made me realized this historical truth. Their generation was the last to speak Spanish as lengua franca.

I’ve always felt that I couldn’t possibly be effective in promoting Spanish. I struggle to speak it. A year in Instituto Cervantes helped. I learned enough to read and understand.

Reading Spanish (sometimes archaic) is not fun but this made me appreciate Spanish more. Our written history, almost four centuries of it, is in Spanish.

Here’s an audio clip from my YouTube channel of Fr. Jose Arcilla SJ talking about the importance of Spanish in studying Philippine history.

A few weeks ago, Pepe Alas was proposing a Facebook Live segment (or whatever it’s called) between us. It sounds like a great idea. But I just prefer producing content, not starring in it. I guess I’m too private to be public.

A few days ago, I started seeing these young Spanish speaking Filipinos in FB live! They’re not there just to show their mugs, they were actually promoting Spanish!

La Liga Filipina is what they call themselves. The group’s goal according to their FB page is to promote and preserve the Spanish language and its culture for the new generation.

Dios. So there’s hope after all.

I actually recognize one of them, Jemwell. I hired him as Spanish support, a great guy. I was his supervisor for at least a year and a half.

With these young people out and promoting Spanish, I feel much more secure that the language is here to stay.

As my Dominican friends say, el que anda con perro, a ladrar aprende (an expression for the ill effects of a bad company) let’s keep these young people’s good company, so we can learn how to speak and bark, in Spanish 😄

[…] In a previous blog, I featured a group of mostly young Filipinos promoting Spanish language and cult…. Their numbers are steadily increasing. […]