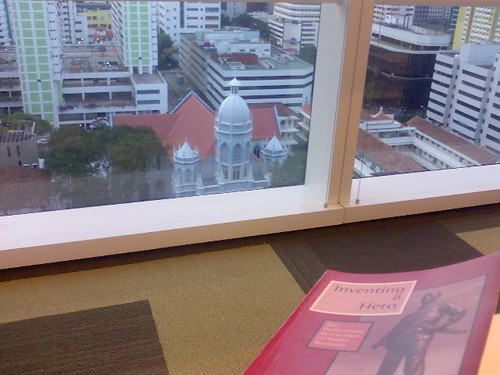 Glenn Anthony May historian dead at 75

Glenn Anthony May, American historian, who wrote important Philippine history books: Social Engineering in the Philippines (1980), A Past Recovered: Essays on Philippine History and Historiography (1987), Battle for Batangas: A Philippine Province at War (1991), and Inventing a Hero: The Posthumous Re-Creation of Andres Bonifacio (1996), passed away last September 10 according to local historian, Ambeth Ocampo’s FB page:

Inventing a Hero was a favorite. I enjoyed it so much, I finished reading it in one day, there in Singapore’s national library. It went against the accepted orthodoxy about Andres Bonifacio. It was an iconoclastic work. Sometimes it takes an outsider to point out some uncomfortable truth.

He took a lot of hits for his Bonifacio book. Well, he leaves us a great body of work, for us to judge, hate, or desire.

May brought up our local historian’s tendency to resort to heroic myths. Instead of admitting that resources are scant and unreliable, many made them up. Our so-called nationalist historians deliberately injected their bias and misconstruals.

I am not sure how many seminars May had in the Philippines. What I know is that I missed them all. There’s one that Ortigas Foundation hosted a few years ago that they uploaded online.

I later bought my own copy or Inventing. A few years ago I would get a copy of Battle for Batangas. These gems crop up every now and then in National Bookstore’s shrinking Philippine studies section.

Aside from his works, I know little about the man aside from what his Wikipedia has. I would have loved to have met May. I wonder what’s his origin story. What drove his interest in Philippine history? More importantly, his critical studies of it.

Rest in power Mr. May.