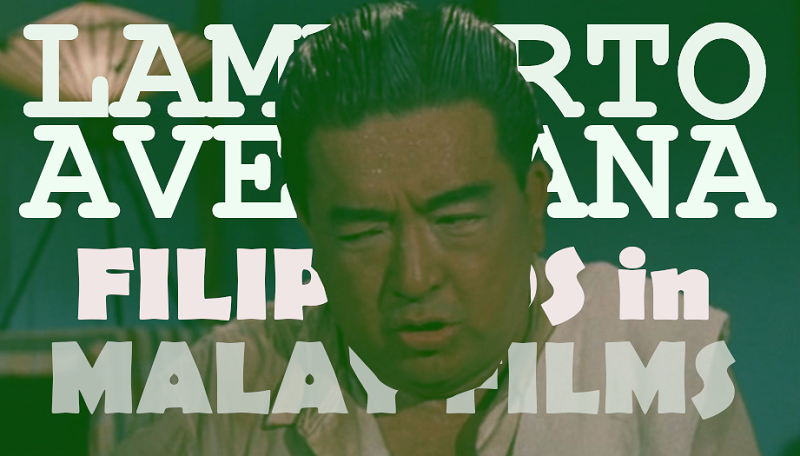 This is the 3rd in a series of vlogs about Filipinos here in Singapore. I wanted to find these strands of connections between the early Filipinos that came here, worked and lived, and left. I am surprised that there’s a lot of stories waiting to be told.

A few years ago a friend of mine told me that I should write a book about the history of Filipinos here. I thought that there weren’t that many really. And it there, they probably stayed for a while or just passing by, like Rizal and Aguinaldo. I did not follow through. I’m not a historian, much less a writer. Just the thought of writing a book makes my head hurt.

But I enjoy discovering stories. I love it. Especially seeing places where Filipino made history. No matter how small or big they were. It always feels like visiting something that’s linked to family history.

You hear Malays conversing you recognize words. I found it interesting that I can consciously make up what is being said.

I’m a big fan of old films. When I moved here I started to study Bahasa Melayu (heck, I’m no better when I started). I started watching old Malay films. They’re lotsa of fun.

I got to know P. Ramlee, their equivalent of an FPJ or a Dolphy. I went down this rabbit hole about the man. The man can do it all: actor, director, screenwriter, and composer. He was clearly a brilliant man.

But it was only when I read the work of Darlene Machell de Leon Espena
that I found out about these Filipino film directors hired to work here: Lamberto Avellana, Eddie Infante, and Ramon Estrella. One of my Malay film favorites, P. Ramlee’s Sergeant Hassan, was directed by Avellana. It’s considered a Malay film classic.

We had Filipino directors working here in Singapore as early as the 1930s. They were headhunted by producers based here. That tells us that they’ve got a good reputation in the industry. It makes sense. Our film industry was ahead of our regional neighbors during those days.

How did those guys bridge the cultural and language barriers? I could imagine that Singapore then would have been very different from it is now. What was their experience like? What did they eat? What were the hawkers and restaurants they frequented? Did they like chicken rice too?

I hope to find more materials. I feel like there’s a lot more to tell.

What I ate during this walk. Hmmm. Good quality chicken rice, I must say.