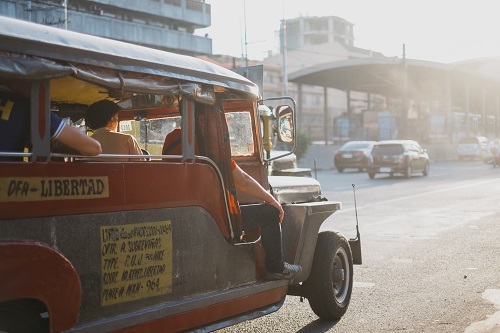 To the English-speaking world, Filipino is a truly distinctive word. It is a demonym of Spanish origin but has made its way into the English language.

I remember a conversation with a Latin American colleague who noticed this. “We’re addressed as ‘Dominicans’ all over the world,” he said, “Filipinos have no equivalent in English?”

We are typically identified by where we come from. We have our own word for what we call ourselves. Since Filipinos are part of the English speaking world, we recognize that the country is referred to as the Philippines but its people, Filipino. The name that came from our Spanish past.

Filipinos are likely to get upset if you call them by any other name. Recently, I corrected a guy from India who called me “Philippine”!

Indonesians accept that outside their country, they are called Indonesians. Just as we know Malaysians, Singaporeans, Japanese and Chinese. I’ve never heard anyone argue because the English equivalent of their demonym was used to address them. It seems safe to say we’re the only ones that mind.

It appears that when the US annexed the islands after Spain had left, they decided (or left with little or no choice) to use “Filipino“. The US government has made no official wording change. In congressional documents, they referred to the country as Philippine (Islands) but called its people Filipinos.

Spanish-speaking territories like Cuba and Puerto Rico were not as lucky. After the new colonial power came and conquered, they called these people Cubans and Puerto Ricans. This is the name used by English speakers today.

Even Spain, who bequeathed us with the name, does not enjoy this same privilege. Outside the Spanish speaking world, people don’t usually use Españoles.

But things would’ve been very different if our country got renamed. Imagine if the country was renamed McKinley Islands as some suggested in 1901. What would the world call us then? Mckinleans?

Let’s not forget the suggestion to change the name to Maharlika. What would that make us?

Our leaders come with some of the most outrageous ideas. They have so much time to spare.

Before claiming the name, the term Filipino was used by the Spaniards who were born in the islands. The times then were classist in nature. They were looked down upon by those who were born in Spain.

But this group would use the once prejudicial word to empower themselves. The first-ever recorded mention of the word “Filipino” (as national identity) is credited to Luis Rodríguez-Varela. He was a precursor to Filipino nationalism and became active in political movements through his written works.

Then it was the natives turn to fight for the name in the latter part of the 19th century. These people would take pride in their achievements and contribution as Filipinos.

But not to be forgotten are the Filipino writers who wrote in Spanish from the 19th century until before the outbreak of WWII. It is through their works that the name became popularly known. Their work, written in Spanish, was considered among the finest in the Latin world. They gave the name legitimacy and pride, they introduced the Filipino to the world through their outstanding works.

Aside from the colonial US leaving the Filipino name alone during their administration, we also owe it to Filipino seafarers who established themselves abroad. They were the first to introduce themselves as Filipinos to other races.

One story is that of Filipino galleon sailors who travelled to western Mexico. Yes, they introduced themselves as Filipinos but also their drinking habits! They shared their alcohol with the locals, the tuba (tubâ).

Nowadays, this once alcoholic beverage has been made into a non-alcoholic refreshment called tuba fresca. I am curious as to whether there has been a study on the number of Mexicans with Filipino ancestry. I reckon there must be a good number.

The same story goes for Filipinos who reached Louisiana in the 1700s. They were referred to as Manilamen (galleons were from the port of Manila) and Filipinos. They established themselves as shrimps traders or farmers. They pioneered this trade in the area.

These are just a few examples of how Filipinos have made themselves known overseas and helped make the term “Filipinos” more popular.

It escapes me why a group like the Surian ng Wikang Pambansa, who proposes for Filipino to be changed to Pilipino (with a “P”), would have the power to change what we have identified to be for centuries. These are unelected government officials.

Given the gift of history, we have a responsibility to maintain our name—Filipino—Our national identity should be cherished, and if necessary defended. We have to take seriously the repercussions of any actions that would delete or alter it.

So the world calls us Filipinos as our great heroes who fought for it wanted, Why should we change even one letter of it?

We easily forget the victories of our forefathers. Worst, we are aware of them but act that these doesn’t matter.