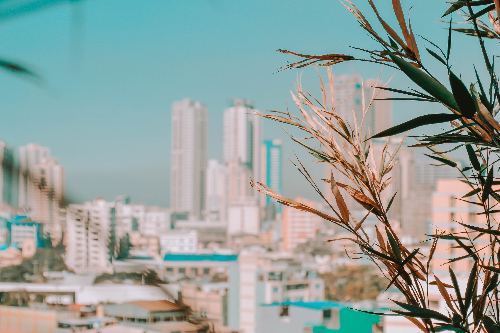 What’s the deal with PAREX?

SMC CEO Mr. Ramon Ang and his team have outlined the plan for PAREX. The project is certainly ambitious and impressive. The 19.37-kilometre elevated highway will be built over the Pasig River. The plan proposes to reduce traffic congestion between Manila and its environs.

According to reports the “project would create a six-lane, elevated expressway and connect interchanges to existing roads along the bank of the Pasig River for virtually its entire length, from Radial Road 10 in Manila to the C-6 Road in Taguig.”

In the opinion of environmentalists, the infrastructure would further contaminate the river.

Intramuros and the bridges of Manila are the most likely structures that would be defaced by PAREX. Unless they built away from them, which is impossible.

This project would transform the surrounding areas near Intramuros since it passes alongside the walls of Fort Santiago, Plaza de Mexico and Maestranza.

Imagine how the Intramuros area would appear from the other side of the bank if PAREX were built?

If I were to stand in San Nicolas, what would I see?

There is no romanticizing here since we are all familiar with the river’s current condition. But the fact that it’s polluted does not mean we should throw away any hope of it being revived.

There would come a generation to correct our mistakes and bring Pasig River back to its former glory.

When there is a road adjacent to or partially covering the river, we make it hard for the succeeding generations to clear it.

One of my fondest memories with my late father was visiting relatives in Mandaluyong near the river back then (in the 80’s). Coming from Makati, we would cross Pasig River via a floating barge pulled by a tug operator.

No machine, only human strength bringing people across. I wonder if these boats are still in operation?

Looking back, those rides weren’t the safest, but that’s what we have, so we take them.

I remember seeing fast currents in the river once. My father eased my concerns by saying, “don’t worry, it’s shallow. If the boat sinks, we can just walk across.”

In all my adult life, I’ve never seen anyone casually cross the river on foot. Well, my dad is my hero, I believed everything.

Several days ago, I read that SMC tried to bring Arch. Jun Palafox and his team on board. I thought there might be a way to make PAREX work. What design could they possibly come up with?

Although I cannot see how this highway can be built without causing damage to heritage and the river, I am willing to keep an open mind.

According to what I read, Chairman Ang said they are willing to adjust. Making the proposal public builds trust on both sides.

I think the builders could make this work if they somehow can integrate plazas and esplanades. If they could plan a highway that wouldn’t take over the river’s edge and design the highway so people could still walk along the river banks, then this is a fair compromise.

I know. Highly unlikely as these add-ons would increase construction costs.

So we will have to wait and see.

What would work for a crowded metropolitan like ours is not more roads, but more mass transportation.

More provincial roads are needed. Don’t we need to build more there? How many more roads can we build in metro Manila?

From a plane, you can clearly see how our cities have been concreted. The only green you will find is Taguig’s cemeteries.

Road construction is undoubtedly beneficial, but it also encourages vehicle use. In the case of road construction, the increase in vehicles would soon catch up and we would still experience congestion.

For the record, I support Duterte’s infrastructure projects. Having these makes us not only competitive, but it also relieves us of our stifling traffic jams. I feel, however, that PAREX should be reexamined.