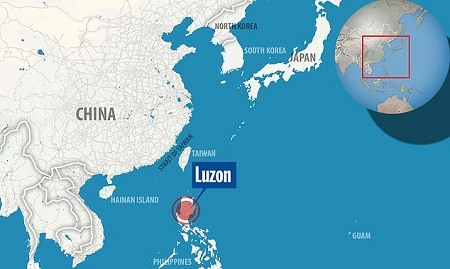 Filipinos let the CIA do anything they want

When I was a child, my brother used to say Mormons are CIA agents. Our village’s gate is right next to an LDS church. I assumed he got these ideas from Tom Clancy. He loves military and espionage novels.

Then I read just the other day that due to Mormon’s language skills they’re scouted and recruited by the CIA.

It must be true, right? I read it on Reddit (kidding).

I learned in college (when I still had full hair) that the precursor to the CIA popularized the Aswang myth to counter insurgency in the countryside.

That story of Claro M. Recto being taken out by them may be closer to the truth than we thought, but that’s for another blog post.

These days anything I suspect to be CIA or foreign intelligence work, I read everything I can get my hands on. Yes, I start wearing my Alex Jones hat.

Mamasapano’s terrible tragedy is a result of US intelligence.

During the arrest, there was a fight that led to Marwa’s death. The Philippine National Police’s elite unit, the Special Action Force successfully completed the operation.

As they were leaving, SAF 44 (as the group are now known) got entangled when rebels engaged them in the area. They were all killed in the battle. It was a long battle without any support. The powers that be let them all die Mamasapano.

The US involvement came to light only because the support and coordination to get the SAF operators out of there were botched so horribly.

Despite all the investigations and media frenzy about Mamasapano, no one has questioned if President Aquino took orders from a foreign spy agency.

Aquino’s predecessor, Rody Duterte did ask when he made it to Malacañang, “Why was it under wraps and why did you (Pres. Aquino) conceal the fact that it was a CIA operation?”.

According to the inept SAF head at the time, there were six Americans in the tactical command in Maguindanao. This was neither confirmed nor denied by the US Embassy.

But for the most part, the CIA has always maintained these unbelievable elaborate covers in this country. Successful missions are almost never reported.

Here is a story of how they fabricated an elaborate cover so that they could spy on the Chinese somewhere near the Scarborough (not confirmed to be the area).

In 2008, a four-man team CIA operators onboard a 40-foot boat was given the task of spying on Chinese. Their goal was to install surveillance equipment to spy.

CIA’s maritime branch (based in Florida) owns the boat. At the time, no one knew this, in fact, all the paperwork for the ship and its crew were legal. These are assumed fake names and business identities.

The cover story was they were delivering the ship they were on from Malaysia to Japan.

It was planned that two divers would lower a “pod” filled with classified technology below the surface of the water. The pod would quietly monitor the Chinese military electronic signals.

Having implanted the equipment successfully, the CIA operators then head to Japan. A while later, they return to retrieve the pod. But this would never come to pass.

In their attempt to reach the unknown Philippine island controlled by the Chinese, the crew were either captured or their ship got lost during the storm.

But if their ship sank after hitting a storm, why were no wreckage found?

The ship had advanced tracking devices; after all, it is a CIA vessel. But they have mysteriously disappeared.

The CIA has now added stars for its four men to the wall of its headquarters. Honoring those who perished in the seas near Luzon.

On their way to their destination, were these CIA operators in Philippine waters? If so, were our security chiefs or perhaps even our national leaders aware of their presence, or were we kept in the dark?

The importance of knowing this is that these actions by foreign nation’s can escalate to a wider conflict and we will be caught in the middle!

Such activities pose a national security threat for obvious reasons. Keeping foreign military and intelligence operations out of the country is a government responsibility.

You begin to wonder if such activities are even known to our leaders or if we are allowing the CIA to do whatever they want, after all, they are our friends. Right?

Alex Jones – My favorite conspiracy theorist, he’s kinda whack LOL Despite his popularity in the US, he has been largely banned by the social media cartel.

Some believe that this 2008 mission by the CIA’s maritime unit was an attempt by its heads to keep the unit relevant and funded.

For more of the details on the doomed CIA ops, read Jack Murphy’s Yahoo article here