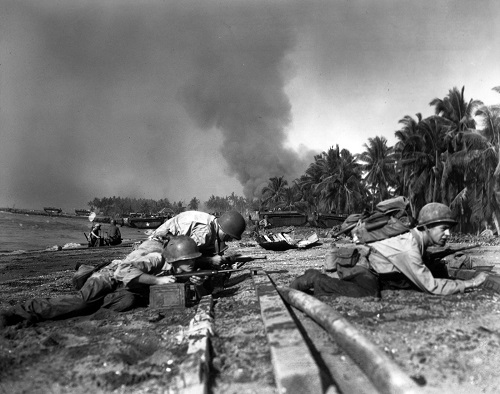 I guess the best time to talk about the paranormal is around this time of year. Here are a couple of personal stories.

According to Nanay (my mother), my lola (grandmother) is a faith healer. She used herbs, oils, and prayers in their little town in Negros Oriental.

My Lola died relatively young. Nanay said that many believed it was the result of heartbreak after the death of her husband and her being a healer. For me, the latter reason didn’t make much sense.

My mother said there was plenty of occasions when they could actually see her looking after their youngest sibling. My aunt was still a baby when Lola died.

One time, Nanay recalls, the baby started crying out loud and suddenly stopped. When they checked, the child was being comforted by Lola.

I find these stories comforting rather than frightening. Can we really live on after we die?

There was one incident, which reminded me of my grandmother.

I trained Brazilian Jiu Jitsu in the 2000s. During a sparring, I seem to have injured a muscle above my knee. For days, I walked like a newly circumcised boy.

I was prescribed pain relievers by the company doctor. He thinks I may have a tendon tear and wants me to go to a specialist for tests.

I thought of my grandmother. Maybe a hilot (massage that heals ailments) from her could fix my pilay (injury).

After enduring the pain for a week without taking any action, I finally made an appointment with the specialist. But decided to consult a manghihilot (a healer who specializes in injuries). This partially blind gentleman sounded like he could help me.

It turns out that the guy is from the same province as my grandmother. Like my parents and their parents, he speaks Hiligaynon and Bisaya. He used oil (taken from what appears to be a Tanduay rum bottle?) and whispered some prayers or mantras. Or was he singing? I have no idea.

The only thing I told this healer was that I had been injured. It’s some evil thing, he said, that brought it to me. This part did not convince me. Nonetheless, I decided to continue, since I don’t think a hilot will hurt me more.

What impressed me was that the old man knew where the pain was coming from. I then felt a pop while he was working on the muscles above my left knee. It almost feels like he just popped the muscle back into place.

His explanation for how he healed me was the strangest one I’ve ever heard; he said the muscle had been tied into a knot!

So, he untied it or something to that effect.

You have likely experienced many strange coincidences that have baffled you over the course of your life. So many weird coincidences for me but I simply attribute it to a glitch in the Matrix (those around my age can get the reference).

I remember my late father telling me a story about one strange meeting.

At the end of the war, in Calatrava (Negros), the guerillas swept into the town.

My father’s family had an unfortunate connection to the Japanese (an aunt had married a Japanese officer), so they became targets.

The most violent punishment was imposed on my father’s uncle. Asked to dig his own grave, he was then shot and pushed into the crater. He was still alive (they believe he was) when the guerillas buried him.

Not far, my father, who was 13 or 14 years old, watched this horrific execution. He was haunted by the image of his uncle’s death and the assassin.

The guerillas committed many crimes against civilians in that town but were not punished. Some of them returned to civilian life, while others went away.

In the aftermath of World War II, my father’s entire family was scattered. He worked in the pineapple farms in Mindanao for a while before moving to Manila in the mid-60s.

During a walk in Cubao one day, he began to feel uneasy. As he crossed EDSA, he stared at the people who were crossing opposite him. As if he was looking for someone but wasn’t sure why.

Then right in the middle of the crossing, he saw the man who killed his uncle. The man glanced at him briefly before continuing on his way.

My father said he felt his knees buckle. It was as if he had seen the demon himself.

After 20 years, the boy, now a man, and the executioner from Calatrava ran into each other in the middle of EDSA.

What were the odds?

Few other stories here that I think have some sort of supernatural bent:

Rizal and my Heidelberg Trip

The Ghosts of the Alberto’s of Biñan

The cover photo (first photo) shows American soldiers attacking the beach. If I am not mistaken, that is in Talisay, Cebu. Image courtesy of Wikipedia.