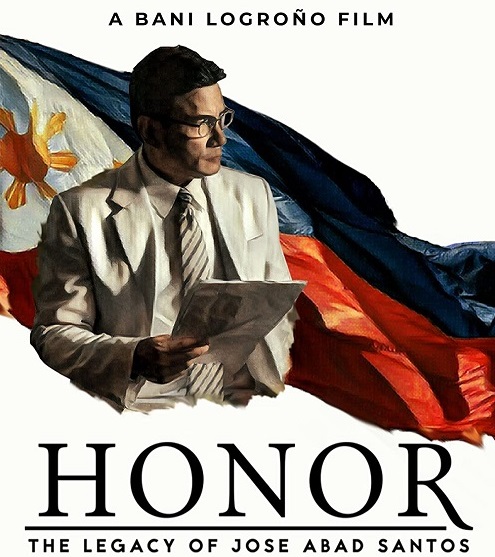 The documentary Honor: The Legacy of Jose Abad Santos was an accidental discovery. My Facebook ads led me to it. Based on its release date (I watched it on Vimeo), it was launched last September. I did not hear about it anywhere.

It’s one of those rare times when I appreciate social media ad algorithms, which are a nuisance most of the time.

The film has the advice of one of our finest historians, Ricardo Trota Jose, which puts it on solid ground. A great resource on the war is his book “The Japanese occupation”.

My Vimeo On Demand rental cost $4.99 (USD), which is about the same as the price of a movie ticket back home. The film will be available for 72 hours after purchase. You can watch it as many times as you want during this time.

As historically accurate films are expensive to produce, I was surprised at how accurate and good this film was.

As trivial as this may seem, the only quibble I have is that Spanish and Capampangan should have been used in certain scenes.

Probably most of us don’t know these facts:

Most people are unaware of Abad Santos’ appointment as acting president by President Quezon. This is something that is forgotten in our history.

He pleaded with President Quezon that he be allowed to remain in the country. When it was decided for the entire Cabinet to leave the country.

Sadly, he chose Cebu as his base, which was quickly captured by the Japanese. He was taken to Mindanao and executed there.

The high school I graduated from was named after Jose Abad Santos. I’m embarrassed to admit that I hadn’t read about him until I started college.

The quote attributed to him that I remember most was said to have been spoken before he died. “To die for my country is a rare opportunity… not everybody is given this chance”. I heard these words throughout high school.

During my stay in Cebu, I visited a number of sites related to Abad Santos. Including Basak Elementary School in Mandaue where they were kep as prisoners. The time I saw it last, it still had that charming Gabaldon appearance which I hope continues for a long time to come.

There is so much brutality, so much evil in the war that it is hard to imagine any aggressor having any heart.

There are, however, rare instances of this. When humanity emerges from terror.

This is the story of Captain Watanabe, who befriended the chief justice and his son. Watanabe was a Catholic.

The Japanese took a photo of both father and son and asked for a letter that he would hand deliver to Abad Santos’ family in Manila.

Both the photo and the letter gave his wife and family hope and allowed them to keep holding out for better times.

Even in the most difficult of circumstances, Watanabe’s kindness was a small, yet profound act of Christian love for his brethren.

Some believe that the Japanese must have made an error in executing the Chief Justice. Thinking he was Pedro Abad Santos, the socialist founder who was at that time fighting the Japanese in Luzon.

Before watching this film, I believed this to be possible. But this couldn’t be further from the truth. A lesson I take away from watching the film.

The Japanese knew who he was and what they had in their hands. Chief Justice Abad Santos’ unshakable spirit and loyalty to his country led to his death.

Although I have read about the father-son ordeal, it was the first time I saw the son briefly describe his father’s final hours.

As I listened to Pepito Abad Santos describe how his father’s shirt was “flapping” from the breeze and how he “marched” proudly to his death, I was moved to tears.

The historian, Pio Andrade Jr., shared so many stories with me about Filipinos who worked with the Japanese.

In one of our prolonged discussions about WWII, Andrade shared a thought with me that I will never forget. We have become corrupt, morally and spiritually, because of WWII. The war has left a rift in our consciousness that we have yet to resolve as a people.

People who conspired with the enemy that ravaged and looted our country have gotten a free pass and later even became our leaders.

At the end of the documentary “Honor: The Legacy of Jose Abad Santos,” the opinion expressed was the same as that of my late friend.