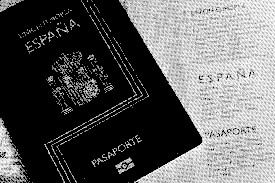 Why does Spain make it easier for Filipinos to become citizens while Netherlands and France do not for their former colonies?

In Quora, the post is titled “Why do the Netherlands and France do the same with Vietnam and Indonesia but not with Filipinos?”.

It’s a long read, but it’s interesting. I read it once before and came across it again. I thought I’d share it.

It is intriguing that Spain has a clearer path for Filipinos than Dutch and French for their former dependencies.

BTW, this post is about this topic. Not the process of getting a Spanish visa 🙂

Why does Spain offer Filipinos an easier path to citizenship but the Netherlands and France do not do the same with Indonesia and Vietnam?

(Posted by JoshFormer Research Specialist II, International Relations at Department of Energy – Republic of the Philippines 2004–2007 in Quora)

According to a book written in the 19th century (The Philippines in the Eyes of a Foreigner), written by a non-Spaniard European, there was no clear separation between the colonials and colonisers in the Philippines. Peninsular and colonials ate at the same table and went to the same parties, They wore the same clothes, worshipped the same God, fucked in the ass by the same pope, and argued about life in Madrid and Manila as if it was one country. The author said he could not say the same for other Asian colonies where the natives were segregated from their European counterparts. Indonesia and Vietnam were never treated as part of Holland or France but rather as cash cows and possessions.

According to some books, the author belittled the quality of European Spanish officials in the Philippines. He said that the Dutch official comes to her colonies knowing it is short-term. He is simply on a tour of duty. But in the Philippines, the Spanish official intends to stay and make it his home. He has no life back in Spain, but in the Philippines, he is someone. To a Dutch person, he is in Indonesia to fulfil a responsibility. To a Spaniard, the Philippines is home. In fact, after Spain surrendered the archipelago, the majority of Spaniards did not go back to Spain but remained in the Philippines later to be citizens of the new republic. Only the government officials and friars returned back to Spain. Many Spaniards migrated to the Philippines during the Spanish Civil War and Franco Regime. Many of my mestizo classmates say their fathers migrated in the 1920 and 1930s. The Dutch and French did not do that to their former colonies. They knew their former colonials would kill them.

Filipinos had representatives in the Spanish Cortes, at least three. A Spanish prime minister during the colonial days was born in the Philippines. I cannot say the same for Indonesia and Vietnam. Philippines did not revolt against being part of an empire. Neither did they revolt against Spanish People. They revolted against the Reactionaries and Friars. Filipino patriots had European Spanish friends and allies in Madrid, the Spanish liberals. The Filipino Revolutionary Army was filled with former Spanish Army Officers. The Philippines revolted against medieval practices and anti-liberal policies in the Philippines, which were also being practised and protested by the liberals in Madrid. In fact, it was never a Philippine Revolution but a bloody CIVIL WAR. On the other hand, the Vietminh was against not just injustice but specifically against the French People. The Indonesians were never really integrated by the Dutch in Indonesia. Spain, by accident, at least when they opened the colony to world trade, created a young middle class in the Philippines with a sufficient percentage of European Spaniards in it. To this day, those creoles are burrowed deeply into Philippine Society.

In the US, Martin Sheen and Emilio Estevez (Spaniards) are celebrated by the Latin community but looked down upon by the White Anglo-Saxon Protestant community. Martin Sheen (originally Ramon Estevez) had to change his name so he would not be taken as a Mexican.