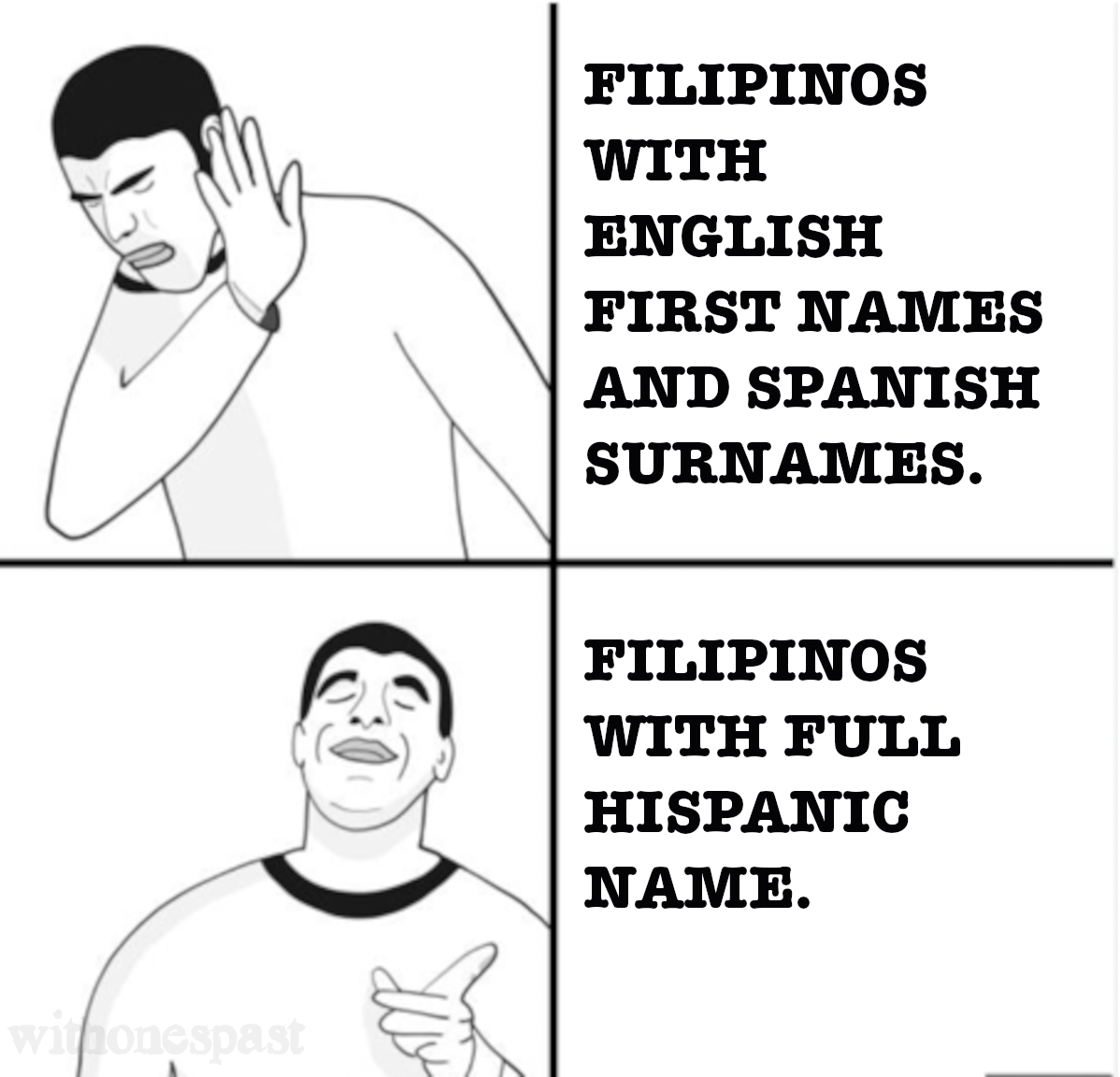 A friend sent me a link to her daughter’s graduation. I am sure it was a great moment for her and her parents. During the event, I could not help but notice that most students had Hollywood (American-English) first names and Spanish surnames. I knew that this was common back home, but I’m surprised that the practice seems to have survived.

It is not my intention to offend anyone here with such names (even I have an American-English first name, the only one in the family!). This practice is curious, and I wonder why Filipino parents continue to do it.

As for Filipino last names, they are predominantly Spanish (e.g., Nuñez, Santos, Reyes). In fact, even indigenous names have been adapted to fit the Spanish writing system (e.g., Dimaculangan, Macapagal).

It is probably necessary to investigate this Filipino practice more deeply, but I believe I’ve found part of the answer.

I gave my son Spanish first name derived from his grandparent’s name. Simply put, he has a really old Spanish-sounding first name. When I took him home to introduce him to relatives, there was a comment about how “mabantot” his first name is! This word is more appropriately translated into English as “awful,” based on the context in which it was used.

Though made in jest, this reaction captured why Filipino parents avoid using what were once historically fitting Spanish first names.

Instead of honoring age-old traditions (e.g., naming children after grandparents and saints), we prefer to name children after Hollywood stars. The Spanish past has somehow been truncated. Our culture has been Americanized.